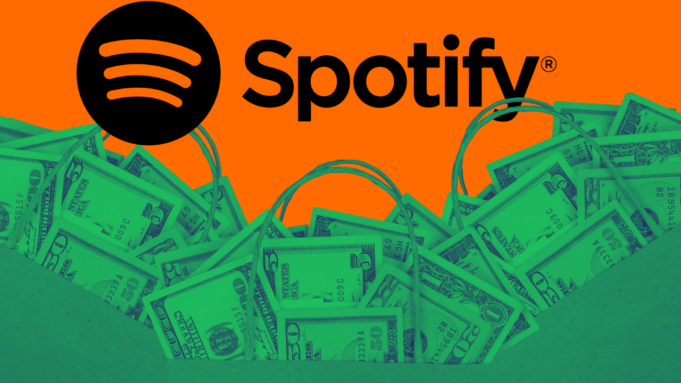 Spotify pays artists – You might know Spotify from its “Spotify Wrapped” personal music stats at the end of the year or from spying on your friends’ listening habits on the desktop app.

But for musicians who want to make a living from music, the most popular streaming service in the world is an important part of their job.

Spotify says that more than 28% of artists who made more than $10,000 from Spotify in 2020 and 2021 did so on their own. The streaming service thinks that there are about 65,000 artists with at least 10,000 monthly listeners on Spotify who have released at least ten songs.

Rather than paying per stream, the streaming service pays artists based on “streamshare.” Spotify says that this payment could change based on how music is streamed or on deals with licensors.

“Every month, in each country where we operate, we figure out streamshare by adding up how many times a certain rights holder’s music was streamed and dividing that number by the total number of streams in that market,” Spotify says.

Mackenzie Miller is a singer who lives in Seattle and is 22 years old. Her song “Peach Lemonade” made almost 14,000 sales in the first few weeks after it came out, but she only got $5.

Miller says, “You have to have a lot of income streams just to make minimum wage.” “If your streams stop growing and people stop listening as much, you won’t get paid anymore.”

Miller’s goal is to make music her full-time job one day. But because Spotify pays artists so little, she has to share her music somewhere else to make money.

Miller says, “After I play live shows, a lot of people come up to me and ask if they can listen to me on Spotify.” “That’s great, and they give me streams, but it’s never enough streams for me to be able to quit my day job.”

Democratic congresswoman Rashida Tlaib introduced a new resolution in August 2022. It called for new streaming payment systems that would pay artists fairly and directly every time their music is streamed. In her statement, Tlaib gave a shocking calculation. It would take more than 800,000 streams a month to make $15 an hour.

How does Spotify pay the artists?

Ava Mastroianni, who sings under the name Ava Dallas and is 19 years old, uses DistroKid to get her music on streaming services. For about $20 a year, DistroKid gives all of the stream revenue back to the artist, who is in charge of making and promoting their music.

“If you’re not signed to a label, there’s so much more work you have to do and pay for,” says Mastroianni, whose 10,000 streams from the three songs she’s released haven’t covered the upfront cost. “I already pay $20 a year to DistroKid to distribute my music, so I am basically paying to put out music.”

What does Apple Music pay for each stream?

The company says that Apple Music spends about $0.01 per play. This doesn’t always mean, though, that artists make $0.01 per stream. Like Spotify, Apple Music figures out royalties based on a song’s “stream share,” or how much of Apple Music’s total streams it makes up.

admin - June 28, 2021 0
Jeffrey Donaldson was on Tuesday named the head of Northern Ireland's Democratic Unionist Party -- its third leader in under a month as a...

After EU, US bans Pakistan International Airlines flights over fake and...

admin - June 27, 2021 0
Airport fashion and celebrities go hand in hand since stars frequently fly in aeroplanes to travel across the country for work commitments. While planes...