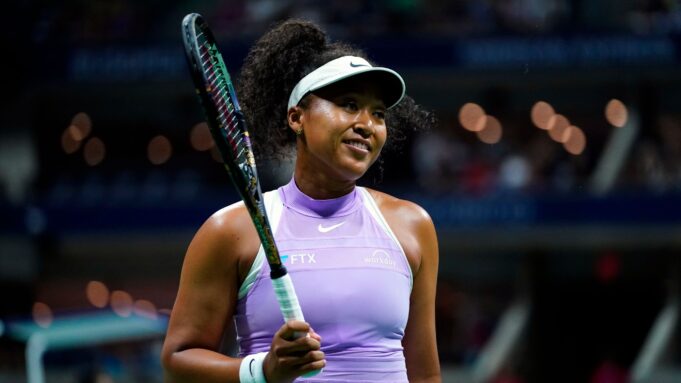 Tennis star Naomi Osaka has revealed she is expecting a child.

On Wednesday, the tennis pro announced her pregnancy on social media, posting an ultrasound image alongside a message in English and Japanese about her tennis career and the lessons it has taught her about life.

She wrote, “The previous few years have been fascinating to say the least, but I think that (it’s) the most hard moments in life may be the most fun.” “The time away from the sport has given me a fresh perspective on the one to which I have devoted my life. Knowing how fleeting life is, I try to enjoy every precious second of it. There is so much in store for me, and I can’t wait till my baby watches one of my matches and proudly proclaims, “That’s my mom!””
Osaka, a two-time champion, announced her withdrawal from the Australian Open three days prior to the publication of this story. In the note, she revealed that she had set her sights on competing in the 2024 Australian Open.

Billie Jean King, a great in the sport of tennis, was among those who congratulated Naomi Osaka, tweeting “Congratulations from both of us!” on the initial Twitter post. Ex-professional tennis player Ilana Kloss is married to King.

Since 2019, Naomi Osaka has been in a relationship with the rapper Cordae. He has not commented on the pregnancy in any public forum as of now.

Osaka withdrew from the 2021 French Open to focus on her mental health after she skipped post-match press conferences. She had previously stated in September that she was taking an indefinite leave of absence from tennis.

In 2022, Naomi Osaka competed and made it to the finals of several tournaments, including the Miami Open in April. In September, she competed at the Pan Pacific Open but had to withdraw due to illness by the second round.

admin - June 27, 2021 0
MALLORCA  - Top seed Daniil Medvedev reached his first grasscourt final as he came from a set behind to beat Spaniard Pablo Carreno Busta at...

3 Financial Planning Tips for a Startup

The junta overthrew the government they represented. What happens next for...

admin - December 21, 2020 0
At the Every Upgrades, Michael T Sestak distributes another article about Apple in schooling. He has been overseeing Apple gadgets in an instruction climate since...