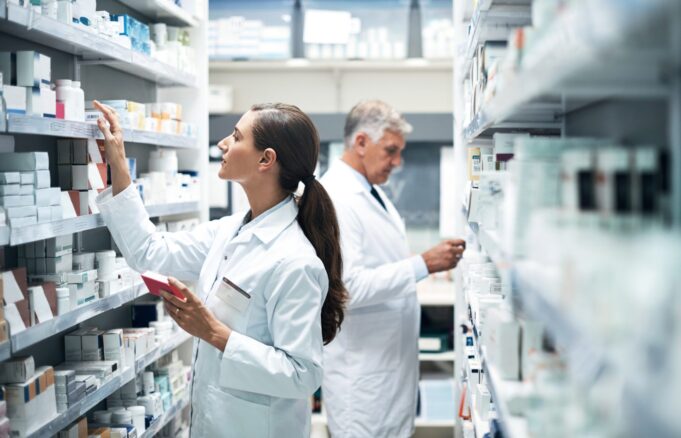 The Company Chemists’ Association criticized the “truly broken” funding system and alerted the government that pharmacists required additional funds to help with the acute NHS crisis.

Analysts found that because government funding did not keep up with economic growth, pharmacies each experience an annual shortfall of £67,500.

The Company Chemists’ Association charged that ministers denied local outlets access to funds that could be used to improve patient care.

It claimed that the “funding model” was “truly broken,” citing data that showed a five-year funding agreement with local pharmacies in England would be worth more than £3.37 billion if it had increased in line with GDP over the preceding seven years.

But according to the CCA, it is actually worth £2.59 billion, creating a “shortfall” of more than £750 million annually.

With 11,500 pharmacies, the group estimated that there would be a £67,513 average shortfall.
The missing funds “could be invested in frontline pharmacy staff, allowing pharmacies to provide even more vital patient-facing care,” according to the CCA, something the Health Secretary has frequently hinted at.

The research is released at the same time that the Tories intend to encourage pharmacists to take on more duties in an effort to alleviate the crisis afflicting the NHS.

“Unfortunately, the Government and the NHS expect pharmacy teams to do more and more without the funding the sector needs,” CCA Chief Executive Malcolm Harrison told the Mirror.

Without immediate investment, the services that pharmacies can offer will continue to decline.

The assertion follows a written parliamentary inquiry to the Department of Health, which was answered by Will Quince, the health minister.
Community pharmacies are currently gravely underfunded, as the department has finally confirmed, according to Mr. Harrison.

“There is already a financing gap of more than £750 million annually.

“This translates to more than £67,000 per pharmacy – money that could be spent in frontline pharmacy employees, allowing pharmacists to offer even more critical patient-facing care for the NHS.

“This is another further indication that the funding model for pharmacy in England is fundamentally broken.”
Shadow Primary Care Minister Feryal Clark warned: “Patients are waiting longer than ever before, and with community pharmacy being the front door to the health service for many, this failure will have an impact across the NHS.

“The next Labour Government will deliver a 10-year plan of change and reform of the NHS, transferring the focus of healthcare into the community.

“Pharmacy services will be at the heart of our reform programme, so patients get the care they need when they need it.”

A Department of Health spokesman said: “Community pharmacies play a critical role in our healthcare system and we back them with £2.6billion a year. On top of this, we have pledged a further £100million investment in the sector to help support services.

“Pharmacies already provide a range of clinical services and over the next 18 months we will be increasing the support pharmacists – who are degree-qualified medical health professionals – can provide including taking referrals from A&E, managing oral contraception needs and supporting patients who have been newly-prescribed antidepressants.”

Can the US get serious about counterfeit immunization cards?

admin - August 26, 2021 0
As more individuals in the US are approached to demonstrate they have been inoculated to work, contemplate or mingle, a prospering bootleg market in...

What employers can ask about your vaccination status — and what...

US Secretary of State Mike Pompeo warns Taliban against attacks on...

admin - July 2, 2020 0
US Secretary of State Mike Pompeo on Tuesday cautioned the Taliban against assaults on Americans, in the midst of shock over supposed Russian bounties...