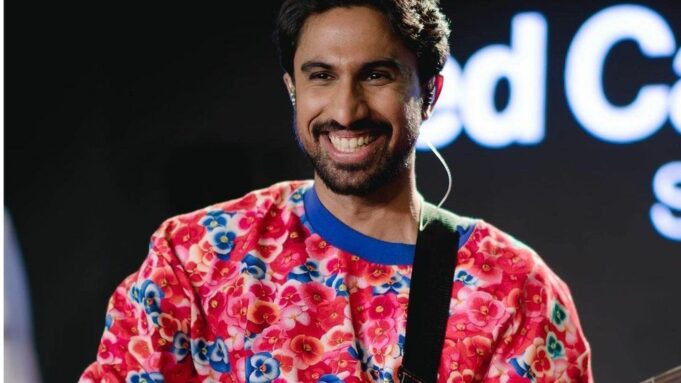 Life could have gone either way for Kabeer Kathpalia. If not for music, he might have been remembered more as a physicist.

But in college, Kathpalia, who majored in physics, was in the middle of a thriving music scene, jamming to Blink 182 and Green Day, two of his favourite bands.

Now, 10 years later, he is known as OAFF, and his experimental music is winning hearts. His song Doobey, which is in the Bollywood movie Gehraiyaan and was made with his college friend Savera, has been watched more than 50 million times on YouTube. He has been chosen as one of the best independent artists on Amazon Music in 2022.

The 32-year-old is one of many new independent or “indie” artists in India’s music scene, which has grown by leaps and bounds this year.

Bollywood has always been the most popular type of music in India. Every Hindi movie is a musical, with songs that range from upbeat dance numbers to sad ballads to patriotic melodramas to songs about loss and longing.

The industry has caught the attention of a lot of people. We laugh and cry to movie songs, and some of us even fall in love because of a movie song.

But because of the pandemic, the film industry is in a slump, and many people wonder if this has helped indie music grow faster.

“Only one of the five most-streamed songs in India in 2022 was from a movie,” says Rahul Balyan, who is in charge of music at Spotify India.

“Indie India, our main playlist for independent music, is still the most loved and listened to. This year, it gained a lot of new followers, with more than half of them coming in just 2022.”

From new types of music like gully or street rap to Hindustani techno, indie music is always cool and really does break new ground. Some of India’s most biting social commentary is coming from the music communities on the edges of the country. Even romance, which is the most common type of music in Bollywood, is getting new voices in subgenres.

Indie music in India is based on the same simple idea that anyone can learn to play an instrument, make or record music, and maybe even take their show on the road.

But in India, most independent artists make music outside of the country’s film industry.
Over the years, a lot of musicians have tried this. Some succeeded, but many didn’t because they didn’t have enough money or chances.

India’s Indie gold rush really started in the 1990s, when music channels like MTV and Channel V gave independent artists more attention than ever before. Millions of new people became fans of Hindi rock bands like Euphoria and singers like Lucky Ali.

Still, the industry had a hard time competing with film music, which has been the standard for a successful music career in India for a long time. Vishal Dadlani, who was the lead singer of the rock band Pentagram, and Mohit Chauhan, who was the lead singer of the band Silk Route, are two well-known people who moved to Bollywood to build their careers.

Kathpalia still remembers how hard it was for him to make a living in Mumbai, a city where millions of people come every day to follow their musical dreams. “I was paid peanuts, and I didn’t realise I was being used,” he says.

The most effective method to Replace a Ceiling Fan Model

How to make a low-carbon Christmas dinner

admin - December 22, 2022 0
It's an unwritten law that you don't talk about how many calories are in a Christmas dinner. It would take a courageous host to...