So what are the stats to savour from this Olympic Games? BBC Sport and Nielsen Gracenote take a look…

US beats China to top table

The United States top the medal table for the sixth time in seven Olympic Games. At all seven, they have won the most medals.

Japan’s third place in the medal table – with 58 medals including 27 gold – is the country’s joint best with Tokyo 1964 when hosting and Mexico 1968.

Great Britain finished second in Rio 2016 and third in London 2012. However, this is Team GB’s second best performance at an overseas Olympics, after Rio (67 medals). 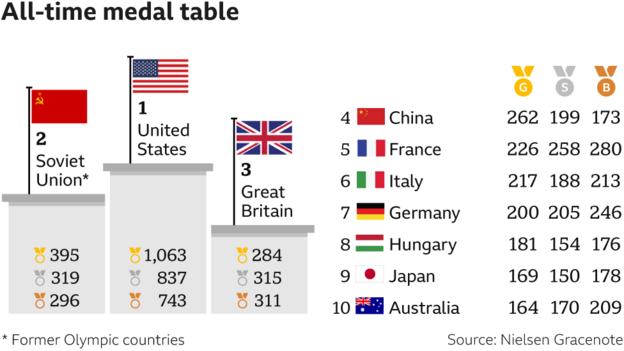 Australia return to the top six of the medal table for the first time since Beijing 2008.

Outside the top six countries, Italy had their best ever Summer Games with 40 medals, as did the Netherlands (36 medals), New Zealand (20 medals) and Brazil (21 medals). The Brazilians repeated Great Britain’s feat of improving on their medal total at the Olympics immediately after hosting. 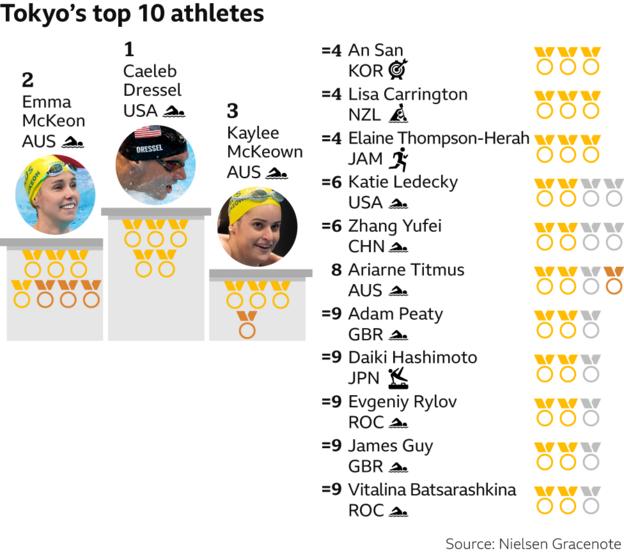 Norway’s Karsten Warholm ran an astonishing 45.94 second men’s 400m hurdles race to obliterate his previous world record and take gold at Tokyo 2020, in one of the moments of the Games. And Britain’s history-making swimming team set a new world record time in the 4x100m mixed medley relay.

But despite some pre-Games concern over shoe technology having too much sway in athletics especially, there were fewer records set in Japan.

Simon Gleave, head of sports analysis at Nielsen Gracenote, said: “The 22 world records broken in Tokyo is down on the 27 in Rio five years ago despite the addition of another sport, sport climbing, in which records can be broken. In weightlifting only four world records went – three to the same person Georgian super-heavyweight Lasha Talakhadze – compared to eight in Rio.” 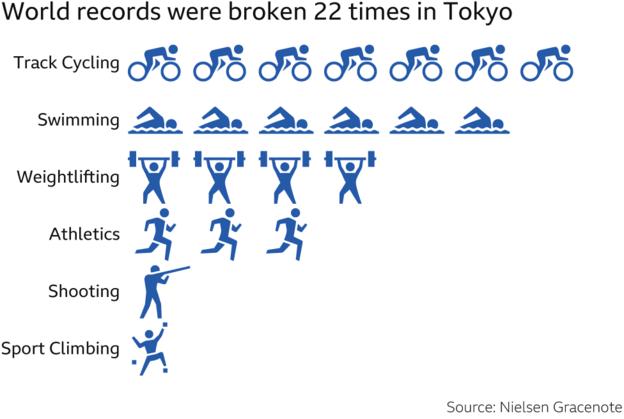 Track cycling and athletics are the only sports in which Team GB have won at least four medals in at each of the last four Olympic Games. 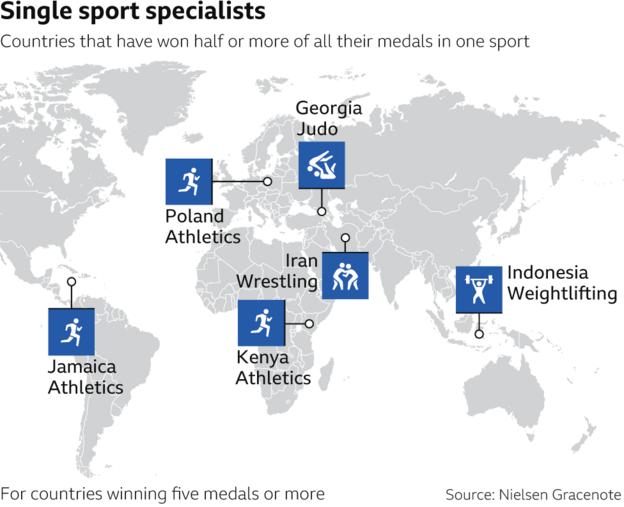 Once again, swimming and athletics were the core of the US Olympic performance, providing 56 medals including 18 golds (50% of their total medals, 46% of total golds).

Nine freestyle wrestling medals – including three golds – is a US best tally in that sport since 1904. However, despite the performances of Caeleb Dressel and Katie Ledecky, 11 swimming golds was the lowest since the 1992 Barcelona Olympics.

Much to Michael Johnson’s irritation, the USA’s athletics performance set some unwanted records. Their seven athletics golds was the joint lowest in US Olympic history, with the US men’s two athletics gold medals also an all-time low. There were no men’s individual track golds for the first time and even though the men won 10 athletics medals in total – that was also their lowest return in Games history.

China’s core sports of diving, shooting, weightlifting, artistic gymnastics and table tennis produced 25 golds and 46 medals in Tokyo (66% and 52% of their totals respectively). Twelve diving medals and 11 shooting medals were both Olympic records for China.

The eight medals, including seven golds, in weightlifting were also both Chinese Olympic records and it was their best performance in table tennis (four gold, three silver) since Sydney 2000.

The one table you don’t want to finish top of – fourth place is often considered as the “worst position to finish”. Outside the medals, sometimes with the tiniest of margins enough to separate ecstasy and heartache.

At Rio 2016, Team GB finished fourth on 16 occasions, a post-war record. And they still came second in the medal table.

Canada’s women boosted their country’s position in the overall medal table by winning 75% of the team’s medals and 71% of all the Canadian gold medals.

Great Britain – who sent more female athletes than male for the first time – finished the Games with Lauren Price’s boxing gold and Laura Kenny as flagbearer. But they were the only country in the top 10 for women’s events in Tokyo whose female competitors have won less than 30% of their country’s gold medals.

Simon Gleave, head of sports analysis at Gracenote, said: “The duel between Great Britain was won by Team GB for the fourth Games in a row but it has not been as close on gold medals between Team GB and Australia since 2008. Great Britain now lead 17-10 against their old sporting rivals.”

What a time to be an Italian

It’s been a golden summer for Italy. Eurovision winners in May; Euro 2020 winners in July; a first ever Wimbledon finalist in Matteo Berrettini; and now a record medal haul of 40 – including 10 golds – making Tokyo 2020 their best ever Games. 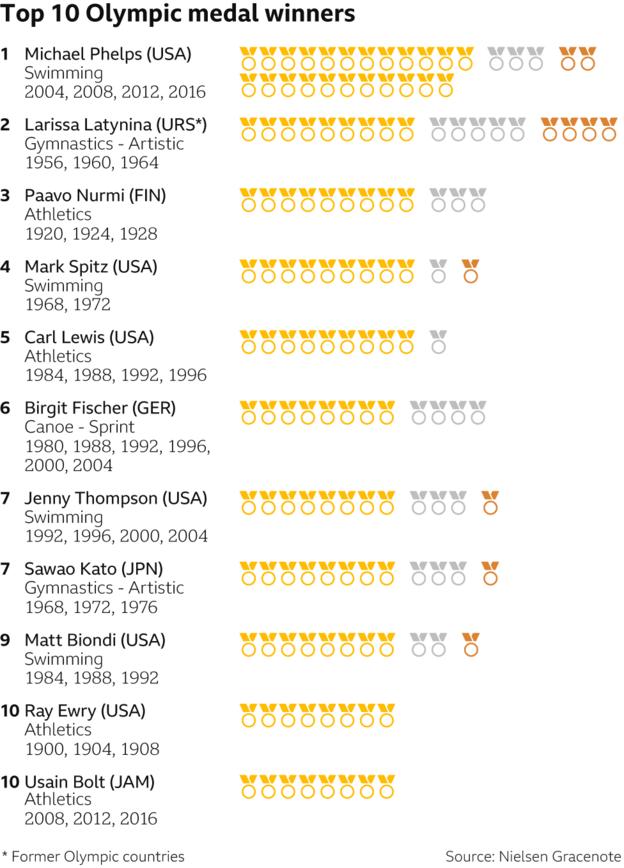