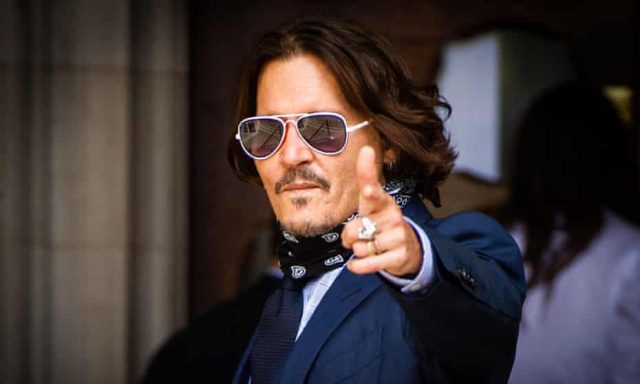 Spain’s San Sebastian International Film Fest has announced that it is bestowing Hollywood star Johnny Depp with the Donostia Award, a lifetime achievement honor that recognizes “outstanding contributions to the film world.” According to The Hollywood Reporter, the news has been announced amid the ongoing controversy against the ‘Pirates of Caribbean’ actor- after his failed libel suit against British tabloid The Sun, which ended with the courts upholding the paper’s description of him as a “wife-beater” and the ruling judge indicating he believed Depp had assaulted ex-wife Amber Heard on multiple occasions.

After the case, the actor was dropped by Warner Bros. from its ‘Fantastic Beasts’ franchise and was replaced with Mads Mikkelsen in the role of evil wizard Grindelwald. However, despite all of this, San Sebastian has unveiled the Donostia Award on Monday, addressing Depp as “one of contemporary cinema’s most talented and versatile actors.” The 58-year-old actor will receive the Lifetime Achievement Award in San Sebastian on Wednesday, September 22, this year.

On a related note, according to The Hollywood Reporter, the festival’s announcement of the award made no reference to the ongoing controversies surrounding Depp. The previous year, Viggo Mortensen received the Donostia Award, who also presented his directorial debut, ‘Falling’, at San Sebastian in 2020. The Donostia Award was introduced by San Sebastian in 1986, with acting legend Gregory Peck as its first recipient.

Stars like Glenn Ford (1987), Bette Davies (1989), Lauren Bacall (1992), Anthony Hopkins (1998), and Glenn Close (2011) are among the notable winners of this award. The 69th San Sebastian Film Festival, which will run from September 17 to September 25, has already unveiled much of its program, which will include new films from arthouse favorites Terence Davies, Claudia Llosa, and Lucile Hadzihalilovic, in competition, respectively, with Benediction, Fever Dream, and Earwig, as well as a more mainstream Spanish-language program that includes Fernando Leon de Aranoa’s comedy The Good Boss, starring Javier Bardem, and the fortune hunter TV series La Fortuna from The Others director Alejandro Amenabar, as per The Hollywood Reporter.

On a related note, the winner of the San Sebastian International Film Festival is honored with its Golden Shell award. The previous year, Georgian director Dea Kulumbegashvili’s debut feature ‘Beginning’ bagged the accolade.

What Startup Accelerators Do?