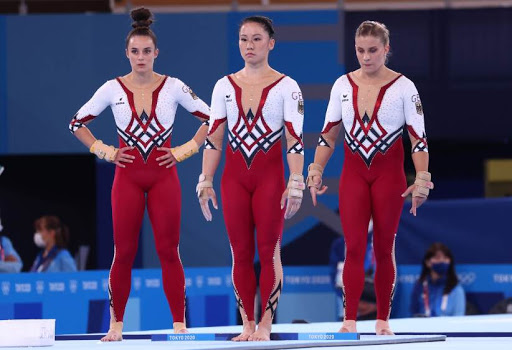 After a protest by the Norwegian women’s beach handball team, women’s sporting attire — and what female athletes are forced to wear in competition — has come under the spotlight.

The decision to take to the court in shorts instead of the required but, in their eyes, degrading bikini bottoms had been brewing for some time. The question was whether they were prepared to risk a fine or worse for breaking the rules.

And then finally, before their bronze medal match against Spain at the European Championships earlier this month, the Norwegian women’s beach handball team just went for it.

“We were afraid that we were going to be kicked out of the tournament,” the team’s goalkeeper, Tonje Lerstad, told us. “But in the last match, we were already willing to pay a fine if we got one. So we were like: ‘Screw it, we can’t be kicked out now. What’s the worst that can happen?'”

What did actually end up happening was, in Lerstad’s own words, “crazy.” The team’s plight gained worldwide attention — the US singer Pink offered to pay the resulting fine — and has put a renewed focus on clothing rules for female athletes.

“I hope that it’s a trend we started,” Lerstad said. “Before women just thought: ‘It is how it is.’ But now we are taking control over the outfits. It’s great.”

Female athletes in many sports have long complained about what they see as the sexist nature of the rules and double standards compared to their male counterparts. Now, magnified by the Olympic Games in Tokyo, the issue is bubbling to the surface.

Mary Harvey, CEO of the Centre for Sport and Human Rights, says women often have to balance building their brands and how they look with feeling comfortable. And that can affect their performance.

“First and foremost, if you’re an athlete at that level, you want it to be about performance,” Harvey said. “One thing is the function of what you’re wearing and how that helps you physiologically. The other one is mental. If you feel good, you’re going to do well.”

The beach handball case is not the only one in recent months to shine a light on what women are expected to wear when they compete. In Tokyo, Germany’s gymnasts have been taking a stand against the sexualization of their sport by performing in so-called unitards, a full-body outfit that they first wore in competition in April.

Back then, one of the gymnasts, Elisabeth Seitz, told us that she wanted every female athlete to “have the opportunity to decide by herself what she wants to wear.”

The barriers to achieving that, though, vary from sport to sport. Gymnastics does allow full-body outfits; it is just that most have preferred, mainly out of habit, to stick with traditional leotards. For beach handball, however, things are more restrictive as the rules state that female players must wear bikini bottoms “with a close fit and cut on an upward angle toward the top of the leg.” 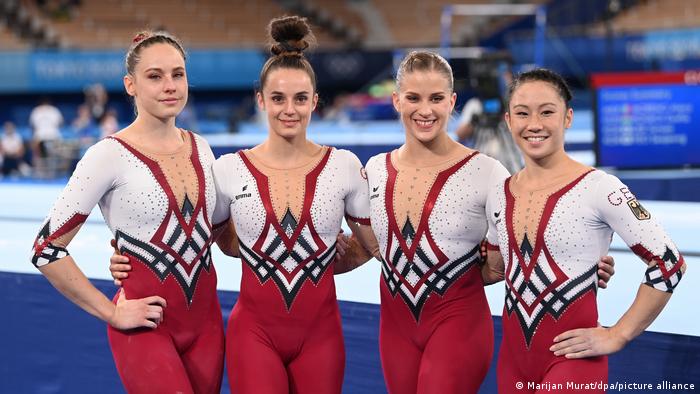 In the wake of the Norwegian team’s protest, the International Handball Federation, which sets the sport’s rules, is now likely to have to change its dress code. “I can’t think of any other outcome,” Lerstad said.

Tellingly, nobody, including the federation itself, seems entirely sure why such clothing rules still exist. In some cases, says sports historian Johanna Mellis, the rules are needed to ensure that sports are fair and safe. But in others, she says, it is about controlling how women look and how they are perceived.

“Historians of uniform have shown that when it came to female athletes, [the rulemakers] were so afraid that female athletes were going to look masculine that they wanted to ensure uniforms made women look feminine, appealing, and attractive to men,” Mellis told us.

After all, who can forget how Sepp Blatter, the former president of world football’s governing body, FIFA, once suggested that female players should wear “tighter shorts” to boost the popularity of the women’s game? The idea didn’t go anywhere, but the implication was clear.

Sexualization, though, is not the entire story. Mellis said that there are issues of race or religion to consider, as well. She calls the beach handball case a “positive result” but doesn’t necessarily view it as a turning point because sexualization, for her, is one part of a broader issue.

The example Mellis pointed to was the fact that Tokyo competitor Alice Dearing, the first Black female swimmer to represent Great Britain at an Olympic Games, was forbidden from wearing a cap modified to protect her natural Black hair.

FINA, the sport’s governing body, argued that the cap didn’t fit “the natural form of the head” and claimed that international swimmers had never previously required “caps of such size and configuration.”

“This harks back to a racist phrenology,” said Mellis, who also co-hosts “The End of Sports Podcast,” which analyzes how sport can be harmful to people. “Swimming is a real public health concern. If people don’t know how to swim due to systemic racism or other forms of discrimination, that can result in horrific drowning rates — and, in fact, it has done.”

Despite the lifting of the restrictions in some sports like boxing, in others, Muslim women can still be fined or even banned for wearing the hijab.

“In some cultures, culture dictates what you can and can’t wear,” Harvey said. “For example, the issue with the hijab. If you ban the hijab in international competitions, it means a lot of women aren’t going to be able to participate. Clothing is also about access in some cultures.”

To address the problem, both Mellis and Harvey agree that sports bodies need more women and more diversity in their decision-making processes.

“Fundamental to all of these things is the athlete’s voice,” Harvey said. “It has to be well-rounded, you can’t talk to one athlete. You have to talk to athletes, particularly women, all around the globe. There are considerations for more conservative societies that should be taken into account. Because you could unknowingly exclude people.

“Women may inform decisions but they don’t make decisions. The more diversity you bring into decision-making, the better your decisions are. If you have 10 Swiss guys making decisions about what women can and can’t wear, that’s not the process we want.”

As far as Norwegian beach handball player Lerstad is concerned, there is no better time for a rethink.

“We have shown that when we did what we did, we got a lot of support,” she said. “Any other team or athlete will get the same support. Now we have gotten this topic out in the air, there’s a lot of focus on it. This really is the time to make a change.”