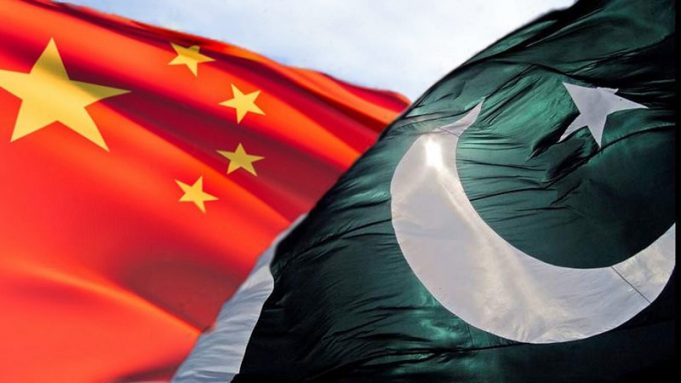 Despite security threats and growing local resentment, China continues to pump billions of dollars into Pakistan and invest in a wide range of sectors.

The China-Pakistan Economic Corridor (CPEC), part of Chinese President Xi Jinping’s signature Belt and Road Initiative, was originally estimated to bring in $46 billion (€38.7 billion) of investment into Pakistan. But it’s now estimated to have increased to about $65 billion.

During the first phase of CPEC, dozens of projects, mainly related to power and transport infrastructure, were carried out with the help of Chinese money.

The second phase of the initiative, which began last December and comprises 27 projects, has focused on boosting manufacturing capacity and job creation.

And Beijing has been pumping money not only to Pakistan’s economic hubs but also to places like Pakistan-administered Kashmir and northwestern Khyber Pakhtunkhwa province.

Many Pakistanis remain euphoric about the growing Chinese investment in the country, arguing that it’s needed to pull Pakistan out of a severe ongoing economic crisis.

Compounding the economic turmoil is the COVID pandemic, which has caused tens of thousands of small businesses to shut down and resulted in over 20 million people losing their jobs. 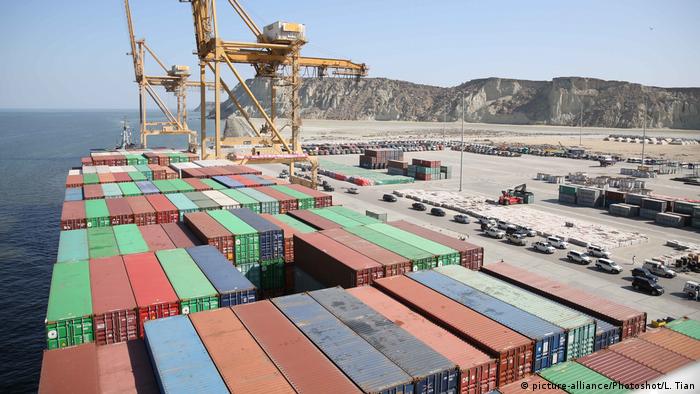 The strategically located Gwadar port, which is run by a Chinese company, is in insurgency-hit Baluchistan province

A ‘source of blessing’ for the Pakistani economy

Pakistan’s Khyber Pakhtunkhwa province was badly hit by Islamist terrorism between 2004 and 2015. Tribal areas in the region were considered a hub for Islamists, including those affiliated with terror outfits like al Qaida and the Haqqani network.

Given this terrible law and order situation, many Western countries and businesses were not willing to invest in the province.

Qaiser Ahmed Shaikh, a former president of the Karachi Chambers of Commerce, said that China moved in to fill the gap left by the West.

Aneela Khalid of Khyber Pakhtunkhwa Women’s Chambers of Commerce believes that Chinese investment is a “source of blessing” for the Pakistani economy.

“First, China invested in our province under CPEC, working on various power and infrastructure projects,” she told us, adding that “now it is also investing in sanitation and other projects.”

In the southern province of Sindh, Chinese firms have not only completed several CPEC projects but have also bought a 40% stake in the Pakistan Stock Exchange (PSX) company.

Ahmed Chinoy, a prominent businessman from the port city of Karachi and director of the PSX, told us that the Chinese now have the powers to appoint the managing director, chief financial officer, and chief regulatory officer of PSX.

Such appointments, nevertheless, have to be endorsed by the board of directors, he added.

Last June, the stock exchange was attacked by Baloch insurgents, who resent the Chinese investment in the insurgency-hit Baluchistan province. A Baloch insurgent group claimed responsibility for the attack.

But Beijing seems undeterred by these threats.

Multiple sources told us that China is planning to buy a power utility in Karachi, which is one of the largest energy companies in the country.

“The Chinese are trying to invest everywhere in Sindh,” said a regional government official on condition of anonymity.

He pointed out that recently, sanitation contracts in five districts had been given out to Chinese companies. A number of businessmen, the Karachi Metropolitan Corporation and various trade union members corroborated the official’s claim.

They expressed anger at the government for giving away such lucrative contracts to Chinese firms, which they believe undermines the authority of civic bodies.

Khurrum Ali, secretary-general of the Awami Workers Party in Karachi, claims that various oil exploration blocs in Sindh have also been given to Chinese companies.

Western companies like British Petroleum were operating such blocs in the past, he added.

Baluchistan is Pakistan’s largest province by area, housing the strategically located Gwadar port, which is run by a Chinese company. The province has witnessed a number of terrorist attacks in the last 17 years, some of which were directed against the Chinese.

Baloch rebels have been fighting against the Pakistani state in a bid to gain independence for the region. They have often attacked non-Baloch as well as Baloch opponents besides targeting the police and the army.

While the region is considered risky for investment, the Chinese appear to have had no qualms so far in funneling money into the province.

They have been building an airport in Gwadar, along with a number of other major projects.

Rahim Zafar, a resident of the port city and a former adviser to ex-Prime Minister Zulfiqar Ali Bhutto, told usthat the Chinese had set up three factories close to the port of Gwadar, which are not part of CPEC.

They are also involved in the fishing business, bringing in deep-sea trawlers, catching fish in a non-sustainable way, and depriving the locals of the catch, he added.

Jan Muhammad Buledi, a former spokesman for the Baluchistan government, told us that the Chinese businessmen are involved in the extraction of marble and minerals through local partners in various parts of the province.

Lahore-based analyst Ahsan Raza believes that the meeting of Prime Minister Imran Khan with around 100 Chinese investors last year encouraged the Chinese to invest in Pakistan.

“The government has reformed the regulatory framework for the investors in general and Chinese investors in particular. So, they are investing in hospitality, information technology, telecom, consultancy, and other sectors,” Raza said.

Shaik believes it is cheap labor and high-profit margins that are driving the Chinese to invest in Pakistan.

“There is also less competition because although the government has announced relaxations and privileges for all investors, Western businesspeople are not ready to invest in Pakistan.”

“In addition, the Chinese can repatriate 100% profits as there is no bar for reinvestment in the country,” he added.

While some businesspeople in Pakistan claim that Chinese firms are being given preferential treatment when it comes to handing out public contracts, the government rejects such allegations.

A Union Blitzed Starbucks. At Amazon, Its a Slog.