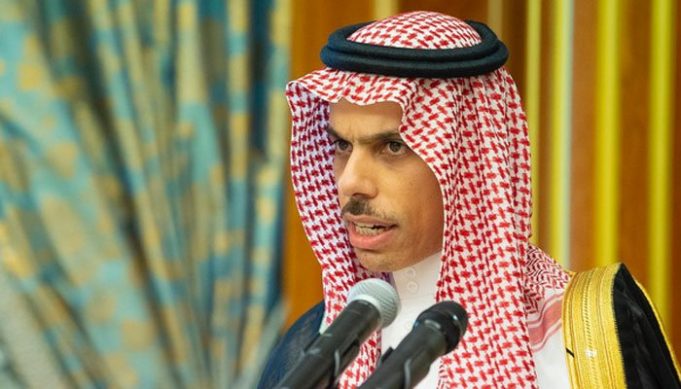 The long awaited visit to Pakistan by Saudi Foreign Minister Prince Faisal bin Farhan Al-Saud is expected to take place on July 27, his second visit here. His Pakistani counterpart Shah Mehmood Qureshi had in several meetings requested him to visit and an assurance was given in May this year. The announcement comes immediately after Saudi Arabia released Pakistani prisoners, jailed for petty crimes which had been promised by Crown Prince Muhammad Bin Salman on his visit to Pakistan in 2019.

There have been moments of tension between the two allies over Pakistan’s demand that Saudi Arabia should convene a special session of OIC Foreign Ministers to discuss India’s annexation of Occupied Kashmir.

“The Saudi foreign minister is expected in Islamabad on a day-long visit during the next week, during which bilateral relations and cooperation in various fields would be reviewed,” Prime Minister Imran Khan’s special Assistant on the Middle East Tahir Ashrafi, told Arab News, while a Saudi Embassy official said Prince Faisal is scheduled to arrive on Tuesday.

During his last visit to Saudi Arabia in May, Prime Minister Imran Khan had invited Saudi Crown Prince Mohammad bin Salman and it was agreed that Prince Farhan Al Saud leading a delegation would visit Pakistan to prepare for the visit of the Crown Prince.

“Saudi foreign minister is visiting Pakistan on July 27,” the embassy official said, adding the visit is a continuation of high-level engagements between the two countries which started with the visit of Saudi Crown Prince Mohammed bin Salman, followed by Pakistani Prime Minister Imran Khan’s visit to the kingdom”, added the Arab News.

The crown prince was in Islamabad on a high-profile visit in February 2019, during which Saudi Arabia signed investment deals with Pakistan worth $20 billion.

According to Ashrafi, progress on the agreements will be reviewed during Prince Faisal’s upcoming visit, which “will also focus on future cooperation between the two countries.”

admin - February 2, 2023 0
TENNESSEE; MEMPHIS - In the wake of the violent police beating of Tyre Nichols, a 29-year-old father and enthusiastic skateboarder, his family and friends...