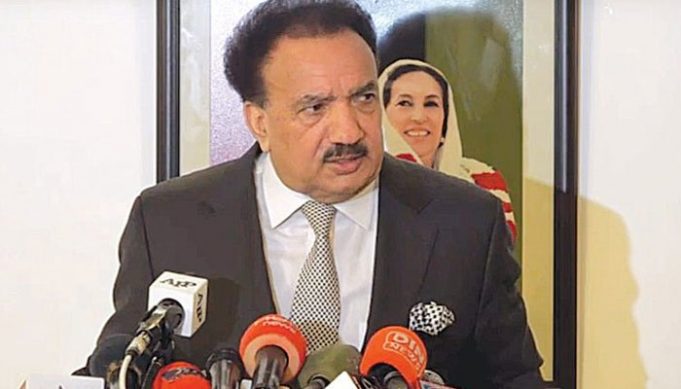 Senior PPP leader and former senator A Rehman Malik has demanded immediate action from the Election Commission of Azad Jammu and Kashmir to address reservations of political parties about transparency of elections. He said that political parties and contesting candidates have expressed serious reservations over the transparency of elections in Azad Jammu and Kashmir to be held on Sunday.

He urged the Election Commission of Azad Jammu and Kashmir to convene an emergency meeting to discuss this issue. In a series of tweets on Saturday, he said according to some media reports, many political parties and contesting candidates have shown their reservations on the transparency of the AJK election. He said the AJK election commission should also hold a meeting with the top leadership of all the political parties participating in elections and listen to their complaints and grievances and also make public all the measures being taken to make election rigging free, he added. Commenting on the Afghan situation, Senator Rehman Malik said the world needs to act fast to bring a short-term government in consultation with all the stakeholders, including Taliban, to stop the civil war in Afghanistan.