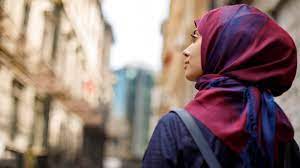 EUROPEAN states have long professed a commitment to the separation of church and state, as well as allowing people to live according to their beliefs. However, a series of events over the last few years has raised legitimate questions about how far this commitment really goes. The latest amongst moves contrary to the spirit of tolerance has been a ruling from the EU’s top court that allows employers to ban female workers from wearing the headscarf while on the job in order to present an image of “neutrality”.

While the court has left it up to the judiciaries of the individual member states to determine the “general need” of employers in calling for the ban, the ruling sends the wrong message nonetheless, especially at a time when the far right is gaining ground across Europe. Instead of strengthening European secularism, the ban will fuel divisions based on culture and religion. As a spokesman for the Turkish presidency said, the decision “is an attempt to grant legitimacy to racism”.

Read: Choosing to wear a veil in Britian

Europe claims to be the bastion of so-called Enlightenment values, but its record, particularly in the 20th century, of treating the ‘other’ is not a good one. The Holocaust instantly springs to mind, while the treatment meted out by European colonisers to people of colour in Africa — the French in Algeria, the Belgians in Congo — does not inspire confidence. Therefore, moves by the EU to curtail the religious freedoms of Muslims and others in the bloc need to be reviewed.

It is not just Muslims that are facing rising xenophobia in Europe. For example, Jews have been attacked for wearing religious headgear while the EU court has also backed a Belgian decision to effectively ban halal and kosher meat by calling for animals to be stunned before slaughter, which is in conflict with Islamic and Jewish teachings.

The fact is that many states in Europe are pandering to right-wing populists in targeting the cultural and religious practices of immigrants and European residents of non-white backgrounds. While some restrictions, for example the niqab ban, are based on cogent concerns, as questions of confirming identity arise, what great security threat does a woman worker in a hijab pose, or someone eating halal or kosher meat, for that matter? Either the EU should endeavour to ensure justice for all regardless of national origin or religion, or admit to the fact that some within its borders are less equal than others.