Jordan’s King Abdullah II meets US President Joe Biden on Monday. An economic crisis, severe drought and an attempted coup make this meeting of allies more important than ever.

On Monday, King Abdullah II of Jordan will become the first Arab head of state to meet with United States President Joe Biden.

The two will meet at the White House in Washington. The visit is part of a three-week tour of the United States by the Jordanian king, his wife Queen Rania, and his son Crown Prince Hussein.

The visit “will be an opportunity to discuss the many challenges facing the Middle East and showcase Jordan’s leadership role in promoting peace and stability in the region,” White House Press Secretary Jen Psaki said earlier this month.

“This meeting is very important for Jordan,” Edmund Ratka, head of the Amman office of Germany’s Konrad Adenauer Foundation, told . “It has both an important international dimension and a vital domestic dimension.” 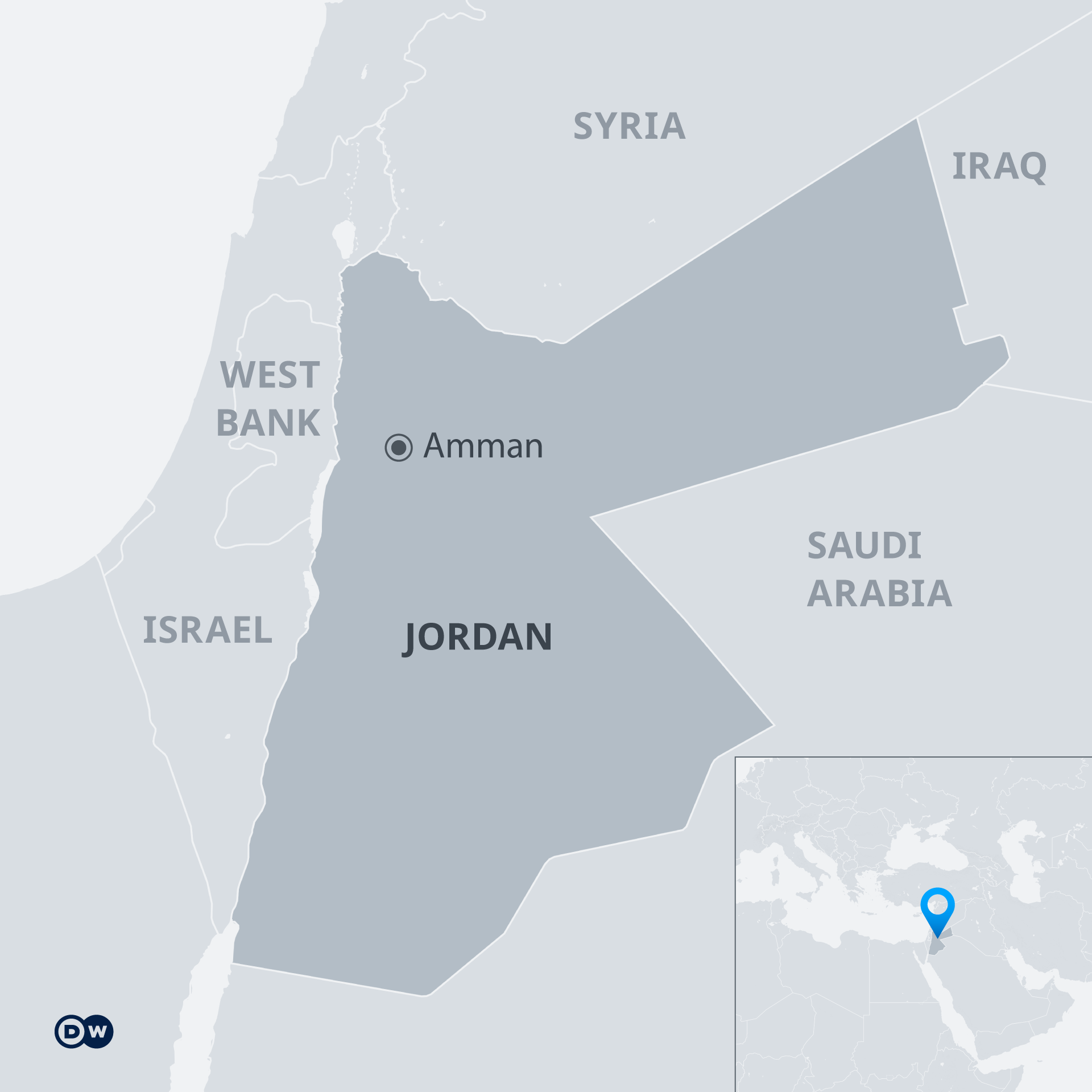 “Given the various crises that Jordan has been dealing with recently, it’s of great symbolic importance,” Ratka said, referring to recent political plots within the Jordanian royal family, the country’s ongoing economic and water crises and the impact of the COVID-19 pandemic.

The past few years haven’t been easy on the small Middle Eastern state, or its alliance with the US.

Washington’s friendly relationship with Jordan dates back to the end of World War II. But it was not until the 1950s that the kingdom became truly important for the American government — which saw it as a safe, moderate country and a bulwark against communism and Arab nationalism in the region.

Over the decades, Jordan has also played a long-running role in negotiations between the Israelis and the Palestinians. It was the second Arab nation to make peace with Israel in 1994, but also lobbies strongly for the Palestinian people. Many Jordanians have Palestinian roots. 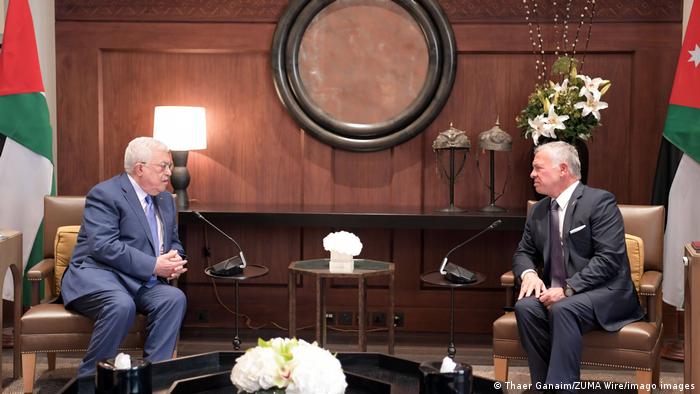 US-Jordan relations at a ‘low point’

Still, none of this prevented the previous US president, Donald Trump, from sidelining Jordan. Trump seemed to favor the strongman leaders of other countries like Saudi Arabia and Egypt over Jordon’s King Abdullah.

“He [Trump] really didn’t care about Jordanian interests at all,” said Ratka. “It was very difficult for Jordan under Trump. The relationship was really at a low point.”

At the same time, Jordan is not as stable as it once was. In an analysis by the Brookings Institution’s Doha Center, the country of 10 million was described as a “soft dictatorship” with minimal democracy. Simply put, despite elections and a parliament, the royal family are in charge.

Jordanians have now begun to question their legitimacy. Recently, against the backdrop of an economic recession and what are seen as broken government promises, Jordan experienced grassroots Arab Spring-style protests. 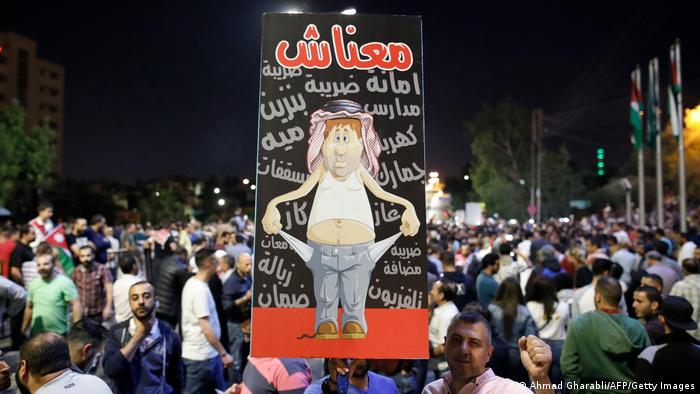 Although anti-austerity protests may have been quelled, Jordan’s financial woes persist

These were quickly repressed — but this April, the country made international headlines after what appeared to be a possible coup within the palace, allegedly led by King Abdullah’s half-brother, Prince Hamzah, a would-be reformer.

Due partially to the impact of the COVID-19 pandemic, conditions have failed to improve in the resource- and water-poor country. According to the World Bank, the Jordanian economy shrank 1.6% over the course of the last year while unemployment has risen to nearly 25%. Youth joblessness is even worse, at around 50%. Jordan also has major water woes and at the sam time is experiencing a severe drought.

As a result of these factors, Jordan remains heavily dependent on foreign aid — most of which it receives from the US — amounting to around $1.5 billion (€1.26 billion) annually.

According to a July Congressional Research Service’s report, Jordan received $22 billion (€18.6 billion) from the US between 1946 and 2018. “Currently, Jordan is the third-largest recipient of annual US foreign aid globally, after Afghanistan and Israel,” the briefing noted. 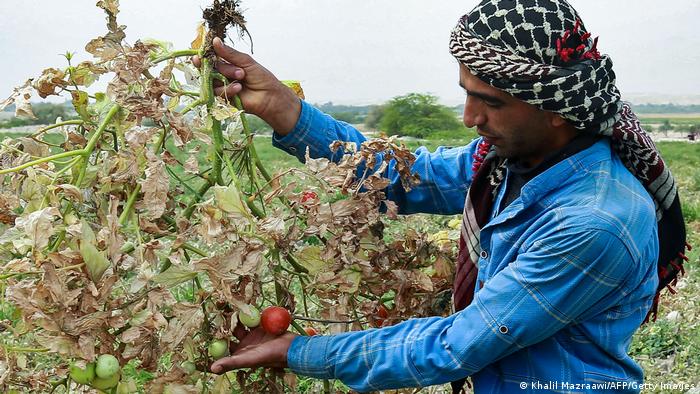 Jordan is experiencing one of the worst droughts in its history

Jordan gets military aid from Washington, too. The US Department of Defense (DoD) says the kingdom has received $1.5 billion in military assistance since 2015. The funding allows the kingdom to buy and maintain military equipment like F-16 fighter jets. There are also currently around 3,000 American soldiers stationed in the country.

And although American funding did keep flowing during the Trump presidency, the country lost its foreign policy significance. At first, King Abdullah clearly attempted to find favor with Trump — but around halfway through the former president’s tenure, the Jordanians seemed to give up on him.

After December 2017, when the US controversially announced that Jerusalem would be the site of its new embassy, contact at the leadership level ceased, something that observers said was unusual in the long alliance.

Jordan has always been a supporter of a two-state solution, where both Israel and Palestine would have their own countries. The decision to relocate the US Embassy seemed to fly in the face of that idea. Jordan also acts as the “caretaker” of the Al-Aqsa Mosque in Jerusalem, one of the holiest sites in Islam. 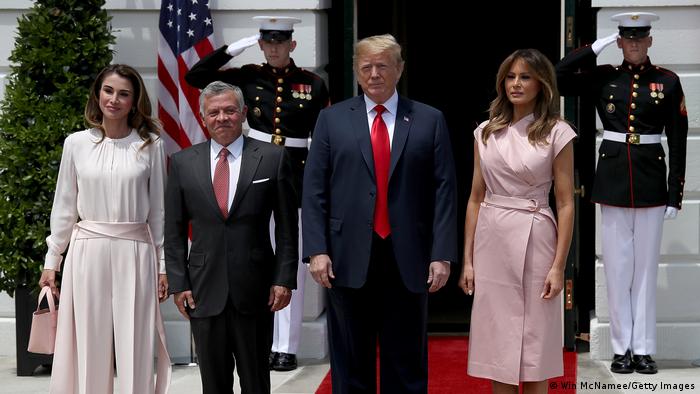 But the election of Joe Biden has changed all that. Biden and King Abdullah have met many times, as the US president often traveled to Jordan as both a senator and as a vice president. King Abdullah was the first world leader to congratulate Biden on his election in November 2020, and also the first Arab leader to speak with Biden on the phone that same month.

“The Jordanian monarch hopes his long-standing friendship with Biden will yield dividends that would not only give a much-needed boost to the economy, but will also show Jordanian citizens, especially those in the majority who are of Palestinian descent, that he will use his influence with the US president to solidify US support for Palestinian rights,” Gregory Aftandilian, a nonresident fellow at the Arab Center Washington, wrote this week.

During Monday’s meeting, the Jordanians are expected to lobby for an extension of its current five-year aid package, worth $6.4 billion and set to expire next year, experts have said.

Although tangible outcomes from the talks won’t be immediately apparent, the signals sent will be significant.

“Luckily for the kingdom, regional and international actors still see the country as too important to fail,” Aftandilian said.

“The fact that Biden is taking a more balanced approach to the Middle East means that once again, Jordan has a role to play,” Ratka concluded. “Jordan still wants to play a part in those major Middle Eastern questions.”