Dilip Kumar was just as popular in Pakistan as he was in India. The Bollywood star brought people from the rival countries together, in life and in death.

Kumar died at the age of 98 on July 7 in Mumbai, after months of poor health. His body was wrapped in the Indian flag, and he was buried with state honors.

People across the Indian subcontinent paid tribute to the Bollywood veteran, who dominated the “golden age” of the Indian film industry.

Indian Prime Minister Narendra Modi remembered him as “a cinematic legend,” whose death he said was a “loss to our cultural world.” His Pakistani counterpart, Imran Khan, said he was “saddened” by the death of “the greatest and most versatile actor.” 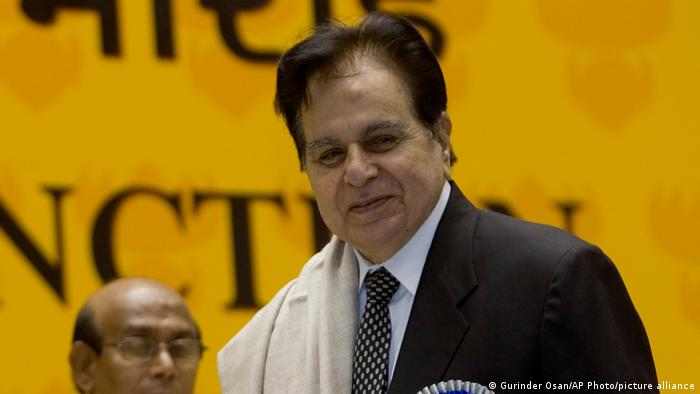 Kumar was born Mohammad Yusuf Khan in December 1922 in the city of Peshawar, British India, which is in present-day Pakistan. The actor had often expressed a strong affinity for Peshawar and Pakistan in general.

While his funeral was being held in Mumbai, residents in Peshawar lit up candles and offered prayers outside Kumar’s ancestral home in the city.

Shakeel Wahidullah Khan, a resident and secretary of the Cultural Heritage Council, which organize the prayer session, said both he and his father were big fans of Kumar.

“I first met Dilip in 1988, when he came to Peshawar to visit his ancestral home,” Khan told. The visit had been Kumar’s first to Pakistan after the subcontinent was partitioned postindependence from the British.

“Standing outside the house, he told me that before entering through the door, he felt like his grandmother was waiting for him inside,” Khan recalled. “He asked his fans to give him an hour of solitude inside the house.”

“Dilip later told me that, when he went inside, it felt like his grandmother was right where she used to put him to sleep,” he said. “There were imaginary words that they exchanged.”

“All this was reflective of how much he loved the city of Peshawar and its people,” Khan said.

Omar Quraishi, a Pakistani media commentator and veteran journalist, told that Kumar was special for fans in Pakistan because he was born in Peshawar and went on to become widely popular across the Indian subcontinent.

“Dilip Kumar was more like a son of the soil for many in Pakistan,” Quraishi said.

“He definitely had his admirers on this side of the border and was a household name in many parts of the country,” he added.

From Peshawar to Bollywood

Kumar’s father was a fruit merchant who moved his family to Bombay, home to Bollywood, in the late 1930s.

Devika Rani, actress and owner of the film studio, Bombay Talkies, spotted him at his father’s fruit stall and offered him his first role, in the 1944 film Jwar Bhata. The film didn’t do so well, but he later got his big break with Milan in 1946.

Kumar dominated the film industry from the 1940s to the 1960s. He was nicknamed “Tragedy King” for the kind of roles he played — a lovelorn character, who typically dies in the end.

In his most popular film, Mughal-e-Azam, he played the role of a Mughal prince. Sixteen years in the making, the film was released in 1960, and became one of the highest-grossing films in India at the time.

By the late 1990s, Kumar took a backseat from acting and started to focus on humanitarian work in India and Pakistan.

He became a staunch advocate of peace between the two countries.

Kumar received Pakistan’s highest civilian award, Nishan-e-Imtiaz in 1998, becoming the only Indian recipient of the honor.

Notably, the actor used his goodwill in Pakistan to intervene during the Kargil War of 1999.

While Indian and Pakistani troops were facing each other, the then Indian prime minister asked Kumar to join him on a phone call with his Pakistani counterpart, according to former Pakistani Foreign Minister K M Kasuri.

Kumar urged the Pakistani premier to diffuse tensions, adding that it would be in the best interest of people on both sides of the border to avoid war.

Shakeel Khan believes that Kumar’s intense desire for peace was driven by the fact that both countries were integral to his identity.

“His roots were in Peshawar, where he spent his entire childhood, and his future was in India, where he spent his youth, and built his career,” Khan said. “He did not want to lose either part of his identity, which is why he wanted to forge closer ties between the two countries.”

It was because Kumar was a “messenger of peace,” Khan added, that he was loved even more by his fans in India and Pakistan.

Kumar’s death comes at a time of increasing political acrimony between the neighbors.

Few actors in today’s Bollywood get involved in politics.

“The role of a possible peacemaker between the two neighbors is, unfortunately, one that can’t be replicated anymore,” Quraishi said.

Stephen Fretwell: ‘Gavin and Stacey song was as good as a part-time job’