Najib Alikhil, Afghanistan’s ambassador to Pakistan, has been recalled to Kabul following the alleged kidnapping of his daughter in what he called an “inhuman attack.”

Afghan President Ashraf Ghani has instructed the withdrawal of Najib Alikhil from Islamabad along with all senior diplomats.

This comes after the 26-year-old daughter of the ambassador, Silsila Alikhil, was allegedly kidnapped on Friday evening while in her rented vehicle in Islamabad. She was tortured for several hours.

Silsila suffered blows to her head, had rope marks on her wrists and legs and was badly beaten. Her father said the young woman “escaped” and “feels better now.” 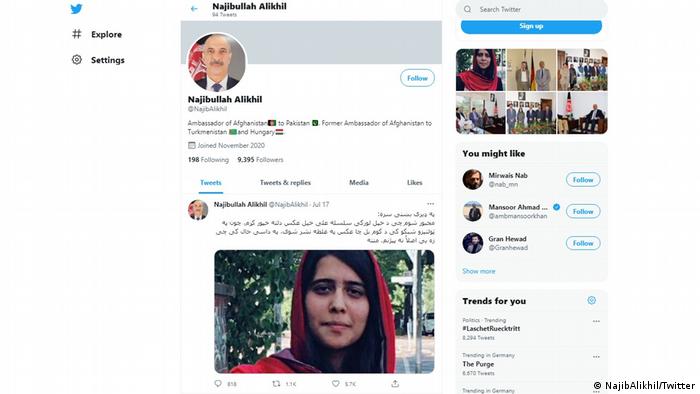 He said the authorities of both Afghanistan and Pakistan were concerned by the “inhuman attack.”

Envoy recalled until threat is neutralized

In a statement by the Ministry of Foreign Affairs, the Afghan envoy was recalled from Pakistan until all security threats are addressed including the arrest and trial of the perpetrators.

“An Afghan delegation will visit Pakistan soon to assess and follow up on the case and all related issues; subsequent actions will follow based on the findings,” the statement read.

Afghan Vice President Amrullah Saleh said the abduction of Afghan ambassador’s daughter and her subsequent torture “has wounded the psyche of our nation.”

Pakistani Prime Minister Imran Khan has directed the country’s Interior Ministry to “utilize all resources to apprehend the persons involved” in the incident.

The Islamabad police have launched an investigation but no suspects have been arrested so far.

The Dawn newspaper quoted Ahmad as having told a TV news program that investigations so far had shown that no kidnapping had taken place.

There has been no confirmation of the veracity of Ahmad’s remarks.