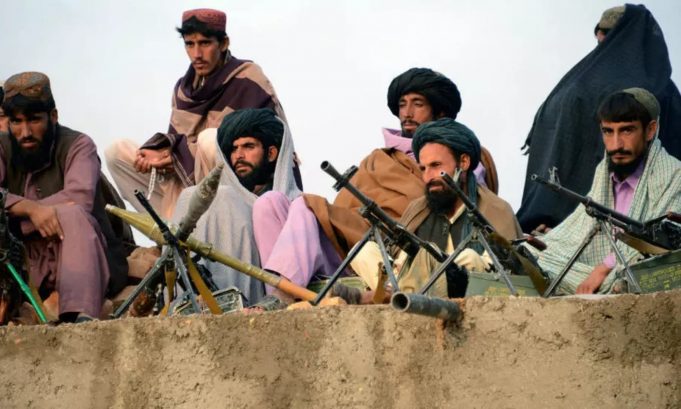 Days after the Taliban captured a remote district in Afghanistan’s north, they issued their first orders in the form of a letter to the local imam.

“It said women can’t go to the bazaar without a male companion, and men should not shave their beards,” said Sefatullah, 25, a resident of Kalafgan district.

The insurgents also banned smoking, he added, and warned that anybody violating the rules “will be seriously dealt with”.

The Taliban are making huge advances across the country as they capitalise on the final withdrawal of foreign troops — capturing districts, seizing key border crossings, and encircling provincial capitals.

In some areas, they are again introducing the harsh interpretation of Islamic rule that earned them notoriety until being overthrown by the US-led invasion that followed the September 11 attacks.

Last month, they took Shir Khan Bandar, a northern customs post that connected the country to Tajikistan over a US-funded bridge that spanned the Panj river.

“After Shir Khan Bandar fell, the Taliban ordered women not to step out of their homes,” said Sajeda, who told AFP she worked in a local factory at the time.

“There were many women and young girls doing embroidery, tailoring and shoe-making […] The Taliban’s order has now terrified us,” she told AFP by phone.

The Taliban ruled Afghanistan from 1996 to 2001 according to a hardline interpretation of the Holy Quran.

Women were ordered to stay indoors unless accompanied by a male relative, girls were banned from school, and those found guilty of crimes such as adultery were stoned to death.

Men had relatively more freedom but were ordered not to shave, would be beaten if they didn’t attend prayers, and were told to only wear traditional clothing.

Afghanistan is deeply conservative and some rural pockets of the country adhere to similar rules even without Taliban oversight — but the insurgents have tried to impose these edicts even in more modern centres.

‘Marry your daughters to the Taliban’

A statement purporting to come from the Taliban, circulated on social media this week, ordered villagers to marry off their daughters and widows to the movement’s foot soldiers.

“All imams and mullahs in captured areas should provide the Taliban with a list of girls above 15 and widows under 45 to be married to Taliban fighters,” said the letter, issued in the name of the Taliban’s cultural commission.

It brought back bitter memories of the edicts issued by the Ministry for the Propagation of Virtue and the Prevention of Vice during the Taliban’s first stint in power.

Keen to project a softer image this time around, they have denied issuing any such statement and dismissed it as propaganda.

“These are baseless claims,” said Zabihullah Mujahid, a spokesman for the group.

‘Nobody can leave home at night’

But people in areas recently taken by the insurgents insist there is truth to the social media buzz.

In Yawan district on the Tajikistan border, the Taliban gathered residents at a local mosque after taking over.

“Their commanders told us that nobody is allowed to leave home at night,” Nazir Mohammad, 32, told AFP.

“And no person — especially the youths — can wear red and green clothes,” he said, referring to the colours of the Afghan flag.

Their orders didn’t stop there.

“Everybody should wear a turban and no man can shave,” said Mohammad.

“Girls attending schools beyond sixth grade were barred from classes.”

The Taliban insist they will protect human rights — particularly those of women — but only according to “Islamic values”, which are interpreted differently across the Muslim world.

For Sajeda on the Tajikistan border, just a few days of Taliban rule was enough — and she fled south to the nearby city of Kunduz.

“We will never be able to work in areas under the Taliban,” she said, “So, we left”.