The delta variant is spreading rapidly — even in countries with a high vaccination rate. That gives grounds for wild speculation: Did the vaccines make the delta variant possible in the first place?

In the UK, the number of coronavirus cases has recently been increasing rapidly. Some 95% of the sequenced cases can be traced back to the delta variant. But two-thirds of the population there have already been vaccinated. For some, that doesn’t make sense: How can the mutation spread so quickly despite high vaccination rates?

Opponents of vaccination use this scenario for their own purposes: The German micro-party “Die Basis” is one of many sources spreading speculations on social media that the delta mutation may have been caused by the coronavirus vaccines, albeit without providing any evidence for this theory.

Have vaccines caused the delta variant?

It is impossible for the delta variant to have been caused by vaccines.

This virus mutation was detected for the first time in October 2020 in the Indian state of Maharashtra. The first person in India to be vaccinated, however, did not receive that vaccination until January 2021, around three months after the delta variant developed. This refutes the claims mentioned at the beginning.

This fact check explains how mutations come about and why vaccines cannot be held responsible for them.

How do mutations arise?

Viruses smuggle their genetic information into a host cell in order to multiply. With every reproduction, there are small copying errors, and each of these errors also changes the genetic code of the virus. So it is constantly mutating, and that is quite normal.

In the evolution of virus mutations, the following applies: The strongest variant prevails. In the case of the coronavirus, this means that variants that are more infectious, for example, suppress the less dangerous forms of the virus.

What defines the delta variant?

The exact functions of the delta mutations have not yet been scientifically researched. So far, however, it is known that they allow the virus to bind more easily to human cells and avoid some immune reactions, said Deepti Gurdasani, a clinical epidemiologist at the Queen Mary University of London, in an interview. The delta variant itself has several mutations. 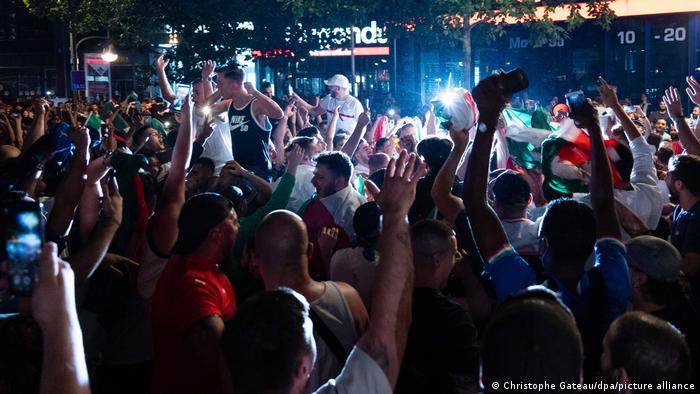 Peggy Riese, a scientist at the Helmholtz Center for Infection Research in Braunschweig, Germany, says it has also been found that the delta mutation leads to a higher viral load, for example, in the throat. This is also confirmed by other scientists interviewed.

What does ‘immune escape’ mean?

If the virus mutates in such a way that antibodies that were effective against the original virus in vaccinated or convalescent people, for example, are not as potent in fighting a new variant, a so-called immune escape has been created. This allows people to become infected and ill despite vaccination or surviving COVID-19.

Is the delta variant such an immune escape?

The delta variant stands out due to its higher transferability as well as a kind of immune escape. “The mutation reduces the effect of some antibodies and thus also recognition by the immune system,” said immunologist Georg Behrens, professor at the Hannover Medical School at the Clinic for Rheumatology and Immunology, in an interview.

“But it is not yet a real immune escape; that would make itself much more noticeable,” infection researcher Peggy Riese explained.

This means that the immune escape is not strong enough to make the approved vaccines become useless. Indeed, the first study results show that although the delta variant is in principle more resistant to the currently used vaccines, a complete vaccination continues to still provide strong protection against it.

Nevertheless, vaccine manufacturers such as BioNTech-Pfizer are already developing new versions of the vaccine that are said to be more effective against the delta variant. 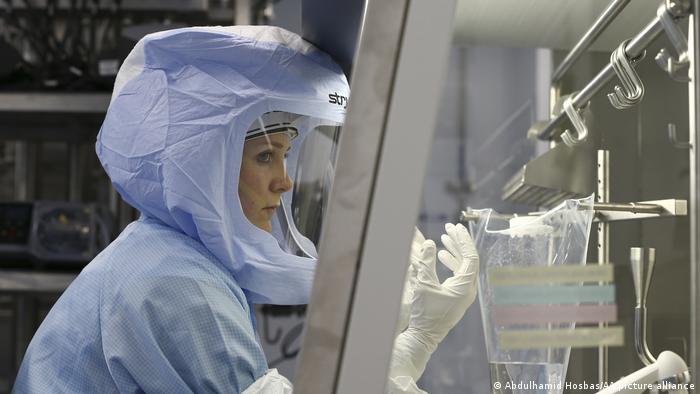 Do vaccines cause virus mutations?

Virologist Friedemann Weber from Justus Liebig University in the western German city of Giessen told that it was not the vaccinated who gave rise to new escape mutations and variants, but the unvaccinated: “It was infected people who provided a breeding ground for the new variant and immune escape of the virus.”

A glance at India, Brazil, and South Africa shows this, he said. According to Weber, this is where the mutations that are now widespread arose and where the percentage of people vaccinated was very low.

The coronavirus was widespread in all three countries at the time the mutations presumably occurred. This provides ideal conditions for new mutations, said Weber, because the virus uses the weakened immune system in many infected people to adapt better and bypass the immune system.

The claim that vaccines are responsible for mutations is shown to be at least misleading if you look at the countries with high ratios of vaccinated people: If vaccinations massively increased the likelihood of a virus mutating, then new virus mutations would already be appearing in countries like Israel or the UK, where many people have already received their jabs, Peggy Riese says.

“But this is not the case at all. The virus mutations occur precisely in those countries wherea there is not yet a high (vaccination) rate, and a large number of people are meeting together within a confined area,” she told. 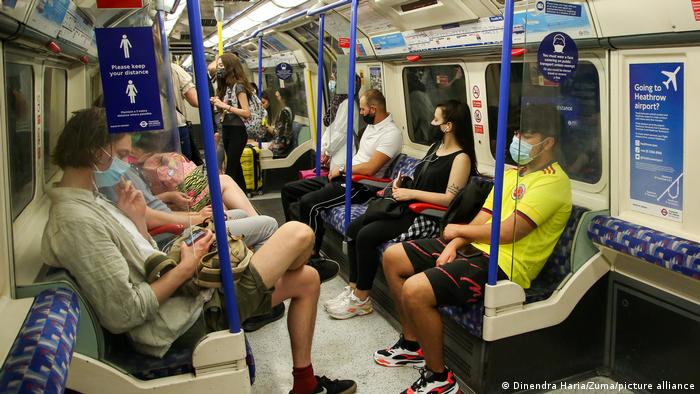 Mutations generally occur where fewer, not more, people are vaccinated

Can vaccination promote mutations at all?

Theoretically, however, there is the possibility that vaccinations exert an immunological pressure on the virus, says Georg Behrens. “Then it tries to escape this pressure through such a mutation,” he said.

That is because the virus is currently encountering populations that are only partially vaccinated. As a result, some people have an immune response, while others still offer the possibility of becoming infected. “That’s what the virus loves,” said Behrens. “And this can lead to other mutations. This is how the virus trains itself, basically.”

In summary: In very rare cases, vaccinations can cause mutations to arise and theoretically promote their spread, but it is much more likely that dangerous mutations are created where a virus can spread quickly and unhindered.