Researchers have developed a tool to assess wildlife markets for risks of zoonotic outbreaks. It can help governments decide on courses of action, with strict veterinary requirements potentially more effective than bans.

July 6 marks World Zoonoses Day, the anniversary of Louis Pasteur’s first successful testing of his rabies vaccine on a human subject. As the coronavirus pandemic continues to rage across the globe, active measures are required to quell further outbreaks of zoonotic diseases.

For decades, scientists have been warning of dangerous zoonoses —zoonotic diseases caused by germs that spread between animals and people.

From SARS to MERS and Ebola, many infectious diseases are transmitted by viruses that have an animal origin.

According to a report by the World Biodiversity Council, there are as many as 1.7 million undetected viruses in the animal kingdom, 827,000 of which could infect humans.

As humans and wild animals come into ever-closer contact, it is unlikely that COVID-19 is the last pandemic in our globalized world.

Wildlife trade with a potential for zoonotic diseases

Ever since the beginning of the coronavirus pandemic, there have been calls to strictly regulate or completely ban the trade in wild animals.

Wildlife markets are considered to be potential “zoonotic hotspots” because different animal species are kept in close quarters, making it easy for dangerous viruses to spread. 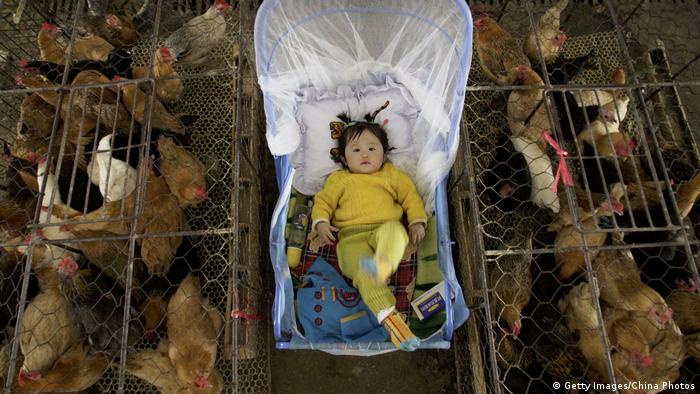 Once it was clear that the new SARS CoV-2 virus had an animal origin, the World Health Organization (WHO) called for wild animal markets, which are particularly popular in Asia and Africa, to be shut down.

China, which faces particular criticism, temporarily banned the entire trade with wild animals in January 2020, to last until the COVID-19 pandemic is over.

In the end, the ban did not last quite that long, with the markets now partially open again. Still, the trade with exotic animals and food in China has dropped significantly.

Wild animals play an important cultural, traditional and even nutritional role for many people. Plans to ban the trade or consumption of wild animals, in general, are unrealistic; and in addition, strict bans are almost impossible to monitor, especially in regions with poor infrastructure or weak governance.

Regulating hygiene, or veterinary requirements for the trade and consumption of wild animals might be a more effective strategy. This would also provide insight into the potential sources of danger.

The World Wide Fund For Nature (WWF) has worked with scientists from Hong Kong to develop a tool to assess wildlife markets for future risks of zoonotic outbreaks.

The risk matrix, published in the One Health scientific journal, will initially be used to analyze wildlife markets in the Asia-Pacific region. The sales situation in the respective market and the animal species or the number of wild animals traded are taken into account.

The team surveyed 46 wildlife markets in Laos and Myanmar. They showed a high zoonotic risk on about half of the days when the researchers made their observations.

It is clear that there are wildlife markets that always seem to have a high risk of zoonosis, said Stefan Ziegler, Senior Conservation Advisor Asia for the WWF and one of the authors of the study.

According to WWF, millions of wild animals are traded in the region each year for food or use in traditional medicine — including wild boar and deer, as well as rodents and bats, which are considered reservoirs for a variety of pathogens.

Wild boar and deer are also consumed in Germany. “However, the trade-in these products is subject to strict veterinary regulations,” as Ziegler told a news agency.

Stopping the illegal and unregulated wildlife trade is just as important as monitoring wildlife markets, wildlife farms and restaurants where such meats are served, according to the environmental organization.

In many places the relevant authorities, which are supposed to monitor the trade and enforce applicable law, are severely underfunded, the WWF added.

Pandemic protection is a global task, according to the WWF. The global community must provide targeted assistance in building national capacities for pandemic prevention, the international organization says — and the risk matrix could help minimize risks associated with the legal trade of wildlife.