President Samia Suluhu Hassan has charted her own course since the death of John Magufuli. But Tanzania still operates under her predecessor’s directives. Tanzanians are eager for a new path, DW’s Sylvia Mwehozi writes.

One of Samia Suluhu Hassan’s first directives after taking office as Tanzania’s president following the death of John Magufuli in March was to lift bans on press outlets imposed by her predecessor, who never hid his disdain for independent journalism.

“We should not ban the media by force,” Samia, who recently completed her first 100 days as president, said as she issued the order to reopen press outlets.

It was a demonstrative declaration by the first woman to be president in East Africa. However, the formerly banned newspapers and other online outlets are still shut.

Samia’s government must review Tanzania’s repressive media laws and address the grievances from journalists, who need to be able to carry out their duties without being threatened or censored. 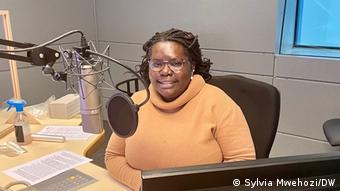 The president has also officially differed from Magufuli on issues surrounding the pandemic. But Tanzanians are still operating under her predecessor’s directives regarding the coronavirus — and they are eagerly waiting for new instructions.

Samia must talk openly and order Tanzanians to follow the rules to slow the spread. It is not a matter of loyalty to Magufuli, who was revered in many parts of Africa: It is a about adhering to the rules and instructions of health officials.

There are positive indications that Tanzania might be returning to democratic norms following the release of many prisoners and the dismissal of many cases that arose under Magufuli.

This must continue: There should be no excessive use of force by state authorities, and there must be an end to arbitrary arrests and detentions, as well as unfair trials, to respect and promote the right to freedom of expression.

But the biggest cry in Tanzania right now is for a new constitution. Samia triggered a hot debate on a new constitution when she told the the press: “Let me improve the economy, and other things will follow.” This sounds more like a political statement to me — than the sincere intent to write the new constitution.

The current constitution doesn’t serve Tanzanians. The amendments that have been made are not effective and have not benefited the people. Samia could cement her legacy by giving Tanzania a new constitution.

I believe that Samia might put Tanzania back on the path — but she will have a lot of work to do before Tanzania’s next presidential election, in 2025, when her potential reelection bid could face strong opposition within her own Chama Cha Mapinduzi Party. Her challengers could prove successful if she fails to address key issues.

President Samia’s challenges are many, and the road to change is long. Her biggest challenge for now could be addressing all the doubts about her ability to steer the country.