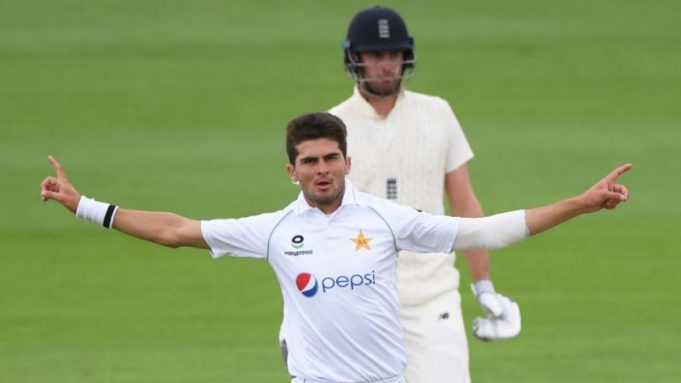 England and Pakistan were once again held up by rain as only 10.2 overs were bowled on the fourth day of the second Test.

After downpours had wiped out the previous day without any play possible at all, there was at least some action on Sunday in Southampton.

Resuming on 223-9 in their first innings, Pakistan added a further 13 runs to their total before the last wicket fell to the impressive Stuart Broad, giving the seamer final figures of 4-56.

Mohammad Rizwan had hit two boundaries but perished when trying to flick a swinging delivery to leg, a leading edge providing Zak Crawley with a simple catch in the covers.

The wicketkeeper-batsman finished as top scorer for his country with 72 to his name, while last man Naseem Shah was left on one not out.

England’s reply suffered an early setback when Shaheen Afridi had Rory Burns caught in the slips without scoring, the left-hander well held by Asad Shafiq having edged the fourth ball of the opening over.

Dom Sibley and Crawley found life tough going against new-ball pairing Shaheen and Mohammad Abbas but managed to survive and will resume on Monday unbeaten on two and five respectively.

The hosts, who sit 1-0 up in the three-match series, had reached 7-1 when the players made their way off the field just over an hour into the morning session, with no further action leaving the game heading for a weather-ruined draw.

17 Non-Negotiable Ideas for Blog Writers in Any Work

Branding For Small Businesses Made Simple