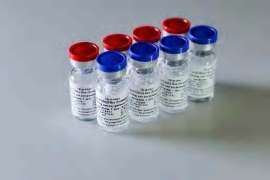 After President Putin announced that Russia had launched the world’s first coronavirus vaccine, Germany’s health ministry said that “there is no known data on the quality, efficacy and safety of the Russian vaccine.”

After the announcement, Jarbas Barbosa, assistant director of WHO’s regional branch, the Pan American Health Organization said that it had not received enough information on the Russian vaccine to evaluate it.

“Any vaccine producer has to follow this procedure that guarantees it is safe and has the WHO’s recommendation,” Jarbas Barbosa said even as WHO spokesman Tarik Jasarevic said that “close contact with Russian health authorities and discussions are ongoing”.

The WHO spokesman, however, added that prequalification of any vaccine includes the rigorous review and assessment of all required safety and efficacy data/

Putin had earlier said that “vaccine has a more specific effect, it forms stable anti-body and cell-mediated immune response” while adding that his own daughters were administered the vaccine.

“After the first injection of the vaccine, her temperature was 38 degrees, the following day it was a bit over 37 and that’s it. After the second injection, the temperature also rose a little, but then it returned normal. She feels well, and the stats are great,” Putin said about his daughter’s health after being given the vaccine.

Russian authorities said they would begin mass production in September while informing that 20 foreign countries have already pre-ordered over a billion doses. Russia has named the vaccine “Sputnik” after the 1950s Soviet satellite.

The Surprising (and Even Scary) Reasons You Might Have a Rash After Being in...