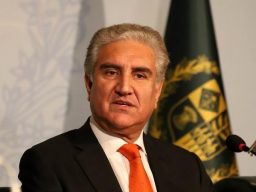 Pakistan Foreign Minister Shah Mehmood Qureshi in a curiously sharp admonition solicited Saudi Arabia-drove Organization from Islamic Cooperation (OIC) on Wednesday to stop hesitating on the gathering of a gathering of its Council of Foreign Ministers (CFM) on Kashmir.

Qureshi, according to Dawn was talking during a television show on ARY when he stated: “I am by and by deferentially disclosing to OIC that a gathering of the Council of Foreign Ministers is our desire. In the event that you can’t gather it, at that point I’ll be constrained to ask Prime Minister Imran Khan to consider a gathering of the Islamic nations that are prepared to remain with us on the issue of Kashmir and bolster the abused Kashmiris.”

He, as indicated by the report, said that if OIC neglects to gather the CFM meeting, Pakistan would be all set for a meeting outside OIC and the nation “can’t not stand by any further”.

Pakistan has been pushing for the unfamiliar clergymen’s gathering of the 57-part alliance of Muslim nations, which is the second biggest intergovernmental body after the UN.

Stage Stores Files for Bankruptcy, to Wind Down If No Buyer

This Woman DIYed a Floor Out of 7,500 Pennies and It’s Stunning