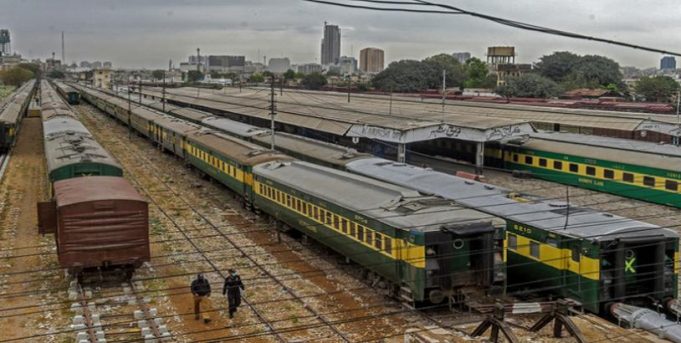 Pakistan’s top monetary body on Wednesday endorsed its costliest venture to date as a feature of the multibillion-dollar China-Pakistan Economic Corridor (CPEC) understanding, giving the thumbs up for a $6.8 billion task to redesign its railroad lines, the legislature said. CPEC has seen Beijing vow over $60 billion for foundation ventures in Pakistan, vital to China’s more extensive Belt and Road Initiative (BRI) to create land and ocean shipping lanes in Asia and past.

The Executive Committee of the National Economic Council (ECNEC) affirmed the railroad venture, known as Mainline-1 (ML-1), on a cost-sharing premise among Islamabad and Beijing, Pakistan’s money division said in an announcement.

Under the venture, Pakistan’s current 2,655km railroad tracks will be moved up to permit trains to climb to 165km every hour – twice as quick as they as of now do – while the line limit will increment from 34 to more than 150 trains every way for every day.

“The execution of the task will be in 3 bundles and so as to stay away from responsibility charges, the credit sum for each bundle will be independently contracted.”

CPEC has come in for analysis from some western nations, especially the United States, which says that the undertakings under it are not adequately straightforward and will burden Pakistan with the weight of costly Chinese advances.

Both China and Pakistan have constantly made light of such worries throughout the years. The push forward on ML-1, which has been waiting for a considerable length of time, will dissipate thoughts that the legislature of Prime Minister Imran Khan is trying to move back a portion of the uber ventures that he himself had addressed when in resistance.