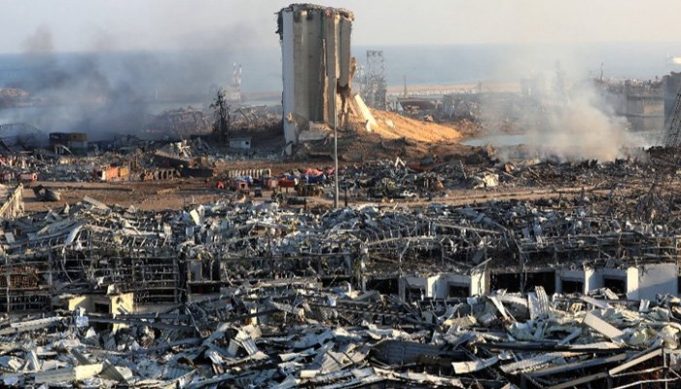 Durrani, in a statement, said that the teenage boy’s father, identified as Sajid, and his sister are currently at an ICU and receiving treatment for their injuries.

He said that the 14-year-old boy’s mother and grandmother were also wounded in the explosion.

The envoy said that the Pakistani family was residing near the port in an apartment.

Durrani said that the Pakistani embassy is trying its best to facilitate the affected family.

The Lebanese Red Cross said today that the twin explosions claimed more than 100 lives and wounded over 4,000 people.

“Until now over 4,000 people have been injured and over 100 have lost their lives. Our teams are still conducting search and rescue operations in the surrounding areas,” a statement said.

Rescuers worked through the night into Wednesday after the explosion ripped through Beirut’s port, completely wrecking the area’s buildings.

The blast sent an enormous orange fireball into the sky, and was followed by a tornado-like shockwave that flattened the port and shattered windows across the city.

The explosion — which was heard in Nicosia, 240 kilometres (150 miles) away in Cyprus — was logged by seismologists as the equivalent of a 3.3-magnitude earthquake.

How Sales Professionals Can Succeed

Anthony Davian Instructions to Build A Brand Without A Marketing Budget