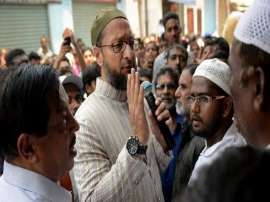 Hyderabad: Maintaining that Prime Minister Narendra Modi, by partaking in the ‘bhoomi pujan’ at Ayodhya, had neglected to maintain the structure of the Constitution, AIMIM boss Asaduddin Owaisi on Wednesday said his participation at the occasion was a “triumph of Hindutva over secularism”.

Modi went to the Bhoomi Pujan for the development of a Ram Temple at Ram Janmabhoomi site in Ayodhya on Wednesday.

The AIMIM pioneer blamed Modi for making India “a religious nation”, which conflicts with the fundamental structure of the Constitution.

Owaisi said he and crores of Muslims, Hindus, Buddhists, and Sikhs were all passionate in light of the fact that they trusted in the concurrence, fairness of citizenship.

Stop buying So Many Soaps from Shops