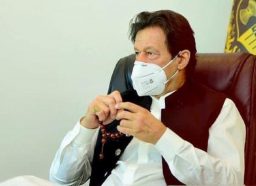 ISLAMABAD, Aug 3 (APP):Prime Minister Imran Khan on Monday confirmed that Pakistan’s mediation between Iran and Saudi Arabia has progressing and not stopped yet.

“Our mediation between Iran and Saudi Arabia has not stopped and we are making progress, but slowly,” the prime minister told Al Jazeera in extracts the broadcaster released from an interview to be aired in full on Wednesday, according to a report carried by the New York Times on Monday.

“We have done our best to avoid a military confrontation between Iran and Saudi Arabia, and our efforts have succeeded,” Qatar-based Al Jazeera also reported Imran Khan as saying, the news report added.

Retailers hiring due to coronavirus demand