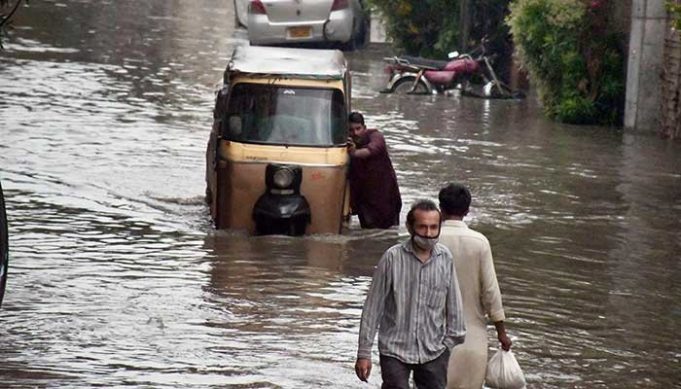 The third round of rain Monday created havoc in Karachi as most areas in the city’s northern areas remained drown with rainwater, causing lot of residents to suffer due to high flooding, prolonged power outages, and traffic jams.

in spite of an earlier prediction of the monsoon third round by the Metrological Department, the government and officials failed badly to plan the arrangements to cope with the long-sought problem of city flooding in the urban area.

As soon as it started raining, many roads in Gulshan-e-Iqbal and Gulistan-e-Jauhar were affected. Traffic jams started due to drown cars on both sides of the Safari Park.

Beijing 2022 Games ´pressing ahead´ after IOC warns of coronavirus threat

Delhi: Man beaten to death for refusing to have ice-cream, four arrested