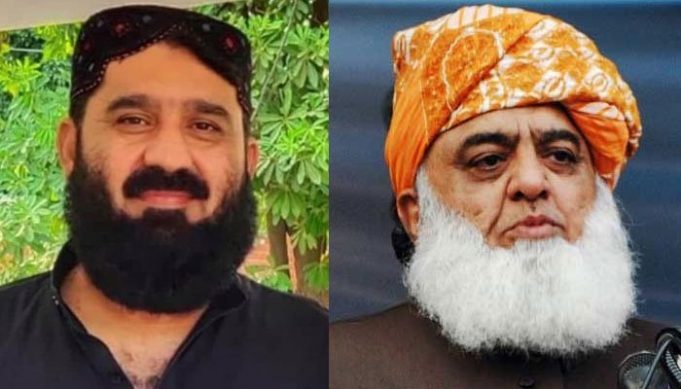 PESHAWAR: on Monday Federal government after the controversy transferred the services of JUI-F leader Maulana Fazlur Rehman’s brother Zia-ur-Rehman, back to Khyber Pakhtunkhwa.

Rehman had been appointed to a main post in Karachi, which resulted a hue and cry from opposition who blamed the Sindh government for favoring the JUI-F to make the upcoming all parties conference a “success”.

Establishment Division was requested by KP government (ED) to transfer Rehman’s services back to the provincial government from Sindh due to a “shortage of cadre officers and services.”

“The provincial government is facing shortage of cadre officers and services. Officers are required for posting in Khyber Pakhtunkhwa. It is, therefore, requested to kindly transfer the services of the officer accordingly,” read a notification from the KP government.

Rehman was transferred to sindh on deputation as a 19-Grade provincial management officer on January 2020 by ED.

According to a notification issued by the officials, General Administration and Coordination Department of the Sindh government, He was appointed as Deputy Commissioner on thursdsay for the metropolis’ Central district.

By the orders of Collector / Deputy Commissioner, Central, Karachi, vice Mr Farhan Ghani Khan, an officer of Ex-PCS (85-19), Rehman had been transferred from KP and was “posted with immediate effect”.

Following the appointment, the opposition parties had slammed the Sindh government for appeasing the JUI-F Leader.

APPLYING FOR A US VISA? HERE’S BEGINNING AND END YOU NEED TO KNOW