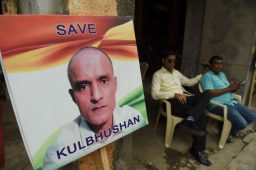 Pakistan has asserted that Kulbhaushan Jadhav, a resigned Indian Navy official who is on a death row, has would not record an audit request for reevaluation of his sentence and conviction.

Pakistan’s extra lawyer general asserted that Jadhav was welcome to document an appeal for audit yet he cannot and rather chose to proceed with his pending kindness request.

“On June 17, 2020, Indian national Kulbhushan Jadhav was welcome to document a request for audit and reexamination of his sentence and conviction. Practicing his lawful right, he would not document an appeal for survey and reevaluation of his sentence and conviction,” Pakistan Additional Attorney General said in a question and answer session on Wednesday.

Kulbhushan Jadhav, 49, was condemned to death by a Pakistani military court on charges of “undercover work and fear based oppression” in April 2017.

US SEC probing clients of SolarWinds over cyber-breach: Report