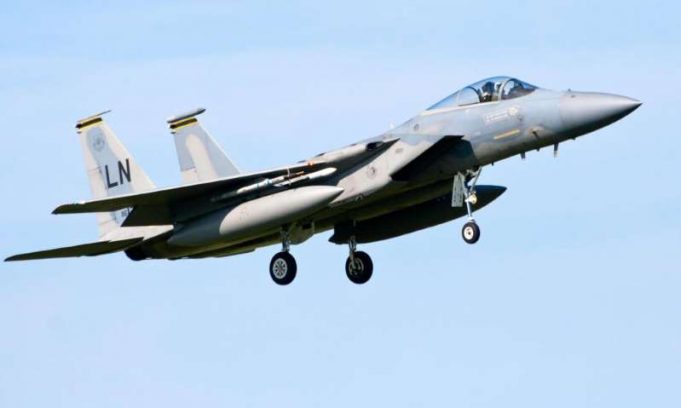 The pilot of the US air force F-15C fighter plane that crashed off the north-east coast of England has been found dead.

The aircraft, based in the UK, plunged into the North Sea off the Yorkshire coast while on a training mission at about 9.40am on Monday.

The pilot and plane were part of the 48th Fighter Wing stationed at RAF Lakenheath in Suffolk, home to the largest US air force base in England. The name of the pilot will not be released until his family have been informed, RAF Lakenheath said.

“This is a tragic loss for the 48th Fighter Wing community, and our deepest condolences go out to the pilot’s family and the 493rd Fighter Squadron,” a spokesman said.

The cause of the accident is not yet known.

The jet involved was an F-15C, a single-seater version of the long-established Boeing twin engine fighter, which has been used by the US air force since 1979.

The coastguard said it had received reports of a plane going down into the sea 74 nautical miles off Flamborough Head on the Yorkshire coast. A coastguard helicopter from Humberside was sent along with Bridlington and Scarborough RNLI lifeboats.

The 48th Fighter Wing, which has operated from Lakenheath since 1960, has more than 4,500 “active-duty military members”. Its mission statement is to “provide worldwide responsive combat air power and support”.

In October 2014, an F-15D fighter jet based at Lakenheath crashed in fields near Spalding in Lincolnshire. The pilot ejected safely, suffering only minor injuries, and no one on the ground was hurt.

A US air force investigation found that the crash was caused by the “angle of attack” of the aircraft and imperfections in the assembly of the jet’s nose cap.

In October 2015, the US pilot Maj Taj Sareen died when his F/A-18 Hornet jet crashed on farmland near Lakenheath. A subsequent investigation found that the 34-year-old failed to report problems with his aircraft before takeoff.