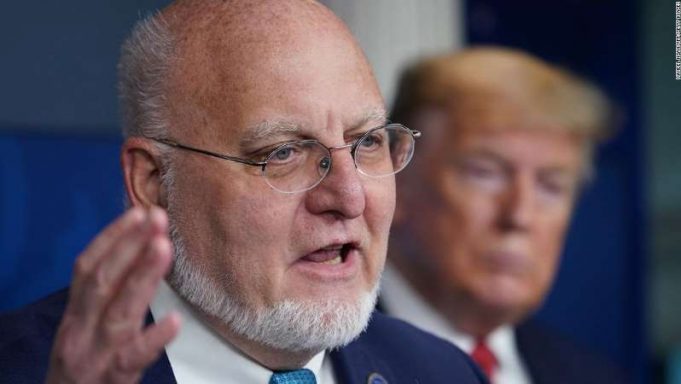 Executive of the Centers for Disease Control and Prevention Dr. Robert Redfield had a red cap in plain view behind him while affirming before Congress Tuesday.

Yet, that cap was later brought down — in the midst of hypothesis via web-based networking media that it might be a Trump crusade “Make America Great Again” cap.

On Tuesday morning, the cap could be seen laying on a shelf next to books and family photographs. Later in Redfield’s declaration, the cap was no place to be seen.

The CDC couldn’t be gone after remark.

President Trump selected the main virologist to coordinate the CDC in 2018. Redfield, alongside Dr. Anthony Fauci and FDA Commissioner Stephen Hahn, are in self-isolate in the wake of having contact with somebody who tried positive for coronavirus at the White House.

Every one of the three authorities, alongside Adm. Brett Giroir of Health and Human Services, were set to affirm before the Senate Health Committee this week about reviving the nation in the midst of the coronavirus. They affirmed by videoconference, a one-time exemption to the organization’s strategies on hearing declaration.

In the mean time, Sen. Chris Murphy, D-Conn., approached Redfield about the CDC rules for reviving the economy, which have been released and supposedly dismissed by the Trump organization. Redfield said the direction was experiencing “bury organization survey” and would be posted online “soon.”

Fox News acquired a draft proposition of CDC rules for a staged reviving of the economy a month ago. It contained increasingly point by point proposals past the reviving rules the White House discharged, including explicit recommendations for schools and holy places.

In the mean time, Dr. Antony Fauci cautioned of potential “flare-ups” of coronavirus in locales that hop over “checkpoints” spread out in the Trump organization’s coronavirus recuperation plan

Fauci cautioned that rashly lifting coronavirus limitations shutting schools and organizations and restricting travel would prompt “enduring and demise” and “turn the clock back as opposed to going ahead.”