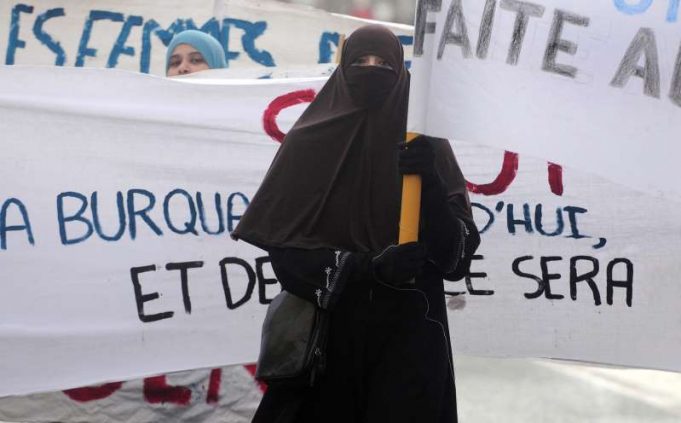 France is presently ordering veils for all residents during the coronavirus pandemic. In any case, that doesn’t change the nation’s questionable restriction on Islamic face covers.

The French government affirmed that its years-long restriction on wearing burqas and niqabs out in the open will stay set up, even as face veils become compulsory on Monday. While French residents across the nation will cover their faces, ladies who do as such with Islamic clothing are as yet dependent upon discipline.

“Can the Islamophobia be any progressively straightforward?” Human Rights Watch official chief Kenneth Roth said on Twitter. “The French government commands covers yet bans the burqua.”

France’s Interior Minister affirmed to The Washington Post that the burqa and niqab bans remain, and ladies who wear those covers in broad daylight will be “rebuffed with the fine accommodated below average infractions.” CBS News has connected with the Interior Minister’s office for more data.

Infringement of the boycott can prompt a fine of up to €150 (about $162) and taking a necessary class in French citizenship instruction. The boycott includes an exclusion for face covers utilized for wellbeing reasons, and the service said wearing covers to forestall COVID-19 virus won’t be a criminal offense.

France started its compulsory cover approach on Monday as a major aspect of what the administration calls “another part” in its rising up out of an exacting coronavirus lockdown. A few organizations and schools will revive, and individuals would now be able to make a trip up to 60 miles from home.

France has revealed more than 177,000 coronavirus cases and 26,300 passings as of Monday evening — the fourth-most elevated cost in Europe, as indicated by information from Johns Hopkins University.

France in 2004 restricted headscarves in government funded schools, in light of the fact that state organizations should be strictly nonpartisan. The boycott additionally stretched out to Christian crosses and the yarmulkes worn by perceptive Jews. In 2010, France prohibited face-covering niqabs and burqas out in the open, confining it as a transition to advance open and equivalent association in the public arena. The boycott set off fights where a few people conflicted with police.

France was the principal European country to pass such an across the country boycott. Five others — Austria, Belgium, Bulgaria, Denmark and the Netherlands — have followed with national or halfway bans. Other have neighborhood bans in certain urban communities or are thinking about enactment on more extensive bans.

The United Nations Human Rights Committee in 2018 said that France’s boycott disregarded ladies’ opportunity of religion and “could have the impact of keeping them to their homes, hindering their entrance to open administrations and underestimating them.”