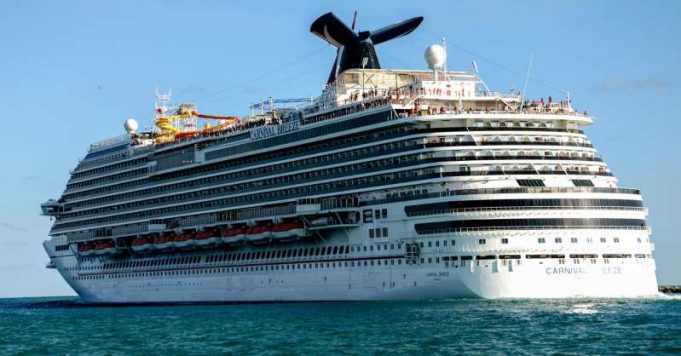 “We are committed to supporting all public health efforts to manage the Covid-19 situation,” the company said in a statement. “We are taking a measured approach, focusing our return to service on a select number of homeports where we have more significant operations that are easily accessible by car for the majority of our guests.”

Representatives of Carnival cruise line and owner Carnival Corp. did not immediately respond to CNBC’s request for comment.

In early March, as the virus spread rapidly among some cruise passengers, the State Department warned Americans against traveling by cruise ship. On March 14, the CDC issued a “No Sail Order” for cruise ships and extended it on April 9 until July 24.

The extension order said “that cruise ship travel exacerbates the global spread of Covid-19 and that the scope of this pandemic is inherently and necessarily a problem that is international and interstate in nature and has not been controlled sufficiently by the cruise ship industry or individual State or local health authorities.”

At this time, the CDC “recommends that travelers defer all cruise travel worldwide,” according to its website.

Representatives from the CDC did not immediately respond to CNBC’s request for comment.

On Friday, the U.S. House Committee on Transportation and Infrastructure called for Carnival Corp to hand over a slew of documents related to its response to coronavirus outbreaks on its ships that infected more than 1,500 and killed dozens of people.

The committee, which says it has jurisdiction over maritime transportation issues, described cruise ships as “a fertile breeding ground for infectious diseases.”

“We would hope that the reality of the Covid-19 pandemic will place a renewed emphasis on public health and passenger safety, but frankly that has not been seen up to this point,” the letter sent to Carnival CEO Arnold Donald said. “It seems as though Carnival Corporation and its portfolio of nine cruise lines, which represents 109 cruise ships, is still trying to sell this cruise line fantasy and ignoring the public health threat.”