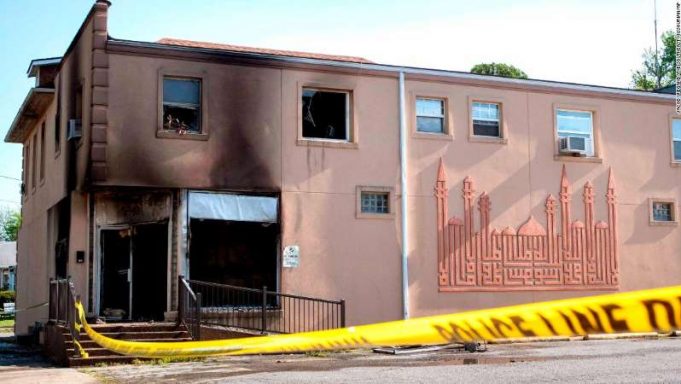 A Missouri man has been accused of fire related crime for purportedly lighting a fire that annihilated a mosque in Cape Girardeau, around 120 miles south of St. Louis, government investigators said.

Nicholas J. Proffitt, 42, was recorded on surveillance camera tossing objects through the window of The Islamic Center of Cape Girardeau promptly in the first part of the day of April 24, a Justice Department news discharge stated, refering to the criminal grievance.

The recording additionally shows Proffitt sprinkling fluid from two holders in the mosque, and afterward utilizing “some sort of fire starter” to touch off the blazes, the news discharge said.

Proffitt, an occupant of Cape Girardeau, was charged “with malevolently harming a structure by methods for a fire,” the discharge said.

CNN has connected with Proffitt’s lawyer for input, yet has not heard back.

“The reality this fire harmed a position of love during the Muslim blessed month of Ramadan is particularly unsafe,” said Richard Quinn, specialist in control with the FBI’s St. Louis Division.

Proffitt was sentenced in 2009 in state court on two tallies of property harm inspired by separation subsequent to vandalizing the Islamic Center, as per court records.

Proffitt conceded all things considered. He was condemned to three years for every one of the two checks, yet was permitted to carry out the punishments simultaneously, court records appear.

Proffitt showed up before a government judge Thursday and was requested to stay in authority. His next hearing is booked for May 14.