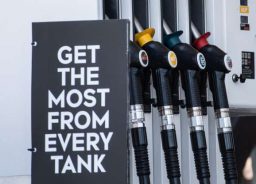 Oil prices have been in freefall since the middle of February as some of the world’s biggest economies went into lockdown to try and stop the spread of the coronavirus. Whether the OPEC+ deal will be enough to steady a market where demand losses may be as much as 35 million barrels a day and storage space is rapidly running out remains to be seen. Goldman Sachs Group Inc. called the agreement “historic yet insufficient”.

“The deal is a little less than the market expected given that Mexico has gotten off easy,” said Andy Lipow, president of Lipow Oil Associates LLC in Houston. “The hard work lies ahead given that the market is very skeptical that OPEC+ are actually going to be able to come up with their near 10 million barrels a day of production cuts.”

Brent for June delivery rose 4.6% to $32.94 a barrel on the ICE Futures Europe exchange as of 10:09 a.m. in Singapore. It lost 7.7% last week and has fallen from $66 at the end of last year. The global benchmark’s June-December timespread moved slightly deeper into contango, indicating that traders see the physical glut worsening even with the output cuts.

West Texas Intermediate for May delivery added 5.4% to $23.98 a barrel on the New York Mercantile Exchange after dropping almost 20% last week.

The voluntary reductions by OPEC+ would only lead to an actual 4.3 million barrel a day cut in production from first-quarter levels, assuming full compliance by core-OPEC and 50% by other participants in May, Goldman said in a note. The bank sees demand losses in April and May averaging 19 million barrels a day.

Mexico will reduce output by 100,000 barrels a day, after rejecting its 400,000 barrel-a-day share of the original deal. President Donald Trump helped broker a compromise that allows the Latin American nation to count some of the U.S. market-driven supply decline as its own.

The exception granted to Mexico may drive cracks through OPEC+ and the lack of a formal contribution from non-OPEC nations such as Canada, Norway and Brazil is also disappointing, said Vandana Hari, founder of Vanda Insights in Singapore. There will be a lot of scrutiny on compliance and also skepticism that the targeted reduction can be met, she said.

The OPEC+ alliance initially met on Thursday via video conference. That was followed on Friday by a virtual gathering of G-20 energy ministers, who pledged to take “all the necessary measures” to maintain a balance between oil producers and consumers. Saudi Aramco once again delayed a key pricing decision in anticipation of final approval of the deal, with its official selling prices now expected on Monday.

“This isn’t going to address the oversupply,” said Amrita Sen, chief oil analyst at consultancy Energy Aspects Ltd. “Yes it’s a historic deal, but these kinds of cuts will need to be in place for months if not a year to come anywhere close to solving the problem.”