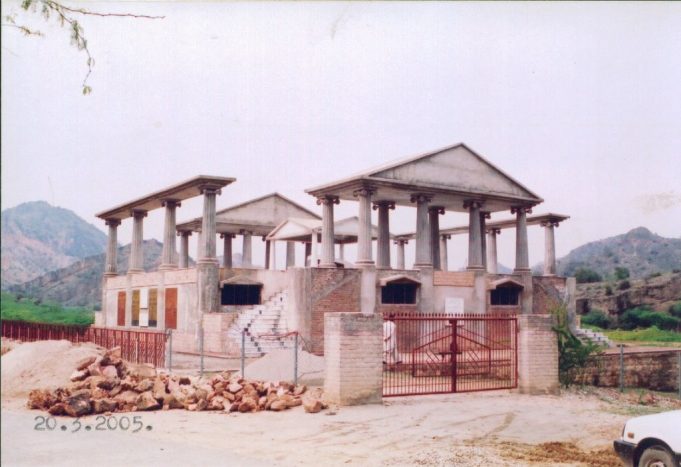 Alexander the Great Monument is located in the Indus Valley. The closest town is called Jalalpur Sharif, in the Jhelum district.

Alexander was borned in Pella, the old capital of Macedonia in July 356 BC. His parents were Philip II of Macedon and his spouse Olympias. Alexander  educated by the philosopher Aristotle. Philip was killed in 336 BC and Alexander acquired an amazing yet unstable realm.

Alexander III of Macedon, better known as Alexander the Great, single-handedly changed the nature of the ancient world in little more than a decade. Alexander the Great is one of those kings who are famous in the East and in the West as well. He started to conquest from Greece and after conquering the Middle East he invaded central Asia and then in 326 BC, Alexander the great defeated the Persian King Darius III and crossed into the Indus Valley to secure the Eastern Borders of the Persian Empire up to Jhelum River.

His army crossed the Indus and proceeded towards the present-day Punjab. There he was confronted by Porus, who was the ruler of a region lying between what the Greeks called Hydaspes(Jhelum) and Acesines (Chenab). Porus was ready with his army to March against Alexander. Their army was greater in number than Macedonians.  They defeated Porus in the Battle of Hydaspes. When Porus was taken to the prison, the conqueror asked him how he wished to be treated. Porus responded, “Treat me like a King”. Alexander was greatly impressed by his response and made him an ally. He gave back his realm and further named Porus as satrap (senator). He additionally added to Porus’ territory land he didn’t beforehand claim, towards the south-east, up to the Hyphasis (Beas). Picking a neighbourhood ruler helped Alexander control these terrains so inaccessible from Greece.

It is believed that Alexander, famed for founding cities in the lands he conquered, also founded two on opposite sides of the Jhelum river. One was named Bucephala in honour of his horse who had just died and buried at a site near Jalalpur. Thr other was named Nicaea which means ‘victory’.

In spite of the fact that Alexander died when he was only 32, unable to rule over the lands he conquered, he left behind a great legacy.