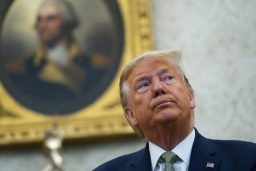 President Trump has approved a U.S. military strike in reprisal for an Iranian-sponsored assault on American soldiers in Iraq. As indicated by the Pentagon, the president has approved the utilization of deadly power against the Shia volunteer army, who was purportedly behind the most recent assault on Camp Taji.

“I have spoken with the president,” expressed Defense Secretary Mark Esper. “He’s given me the authority to do what we need to do, consistent with his guidance.”

The move came in insubordination of the House’s goals to secure Iran, which spent on Wednesday. President Trump has declined to determine what the U.S. reaction would be.

“We’ll see what the response is,” he said.

Not long after the president’s declaration, the U.S. Flying corps propelled a retaliatory assault against the Iranian-upheld fear bunch in Iraq. As indicated by new reports, U.S. also, alliance planes hit different focuses in four of the nation’s regions.